My wife Anne hanging out in the bikers’ wing because there was no room for us anywhere else aboard.

I love the idea of mass transit. I got used to buses as a wee tyke when my mom and my grandma took me on them all the time. As adults my wife and I have had positive experiences in Denver, DC, Chicago, Philadelphia, New Jersey, and Manhattan. (Baltimore was a mixed bag.) I loved the NYC subways so much after our first visit, I begged Anne to let me dig a subway tunnel connecting NYC’s MTA and our front door. My request died in committee.

Meanwhile back in Indianapolis, “mass transit” doesn’t mean quite so much. Our medium metropolis was built over the course of decades with no room allotted for subways or light rail. There’s no such thing as “hailing” a cab here — they exist but if you want one, you have to phone for one. We have a bus system called IndyGo, which is…well, it’s certainly a set of things on wheels that provides a traveling alternative under certain limited conditions. It isn’t exactly renowned. From time to time, some idealistic, would-be innovator comes to town with an idea to do a “mass transit” thing and improve quality of life for commuters and folks without cars. Nine times out of ten, those benevolent thinkers are sent packing. I’d use the old cliché “they’re run out of town on a rail”, but this would be an obvious lie due to the lack of rails to spare.

This year IndyGo and our city government conspired to introduce a new concept to our Indy road scene: Bus Rapid Transit. Per their grand vision and ubiquitous marketing boilerplate, it could change the very face of Indianapolis mass transit if their plans and dreams come true. If.

END_OF_DOCUMENT_TOKEN_TO_BE_REPLACED 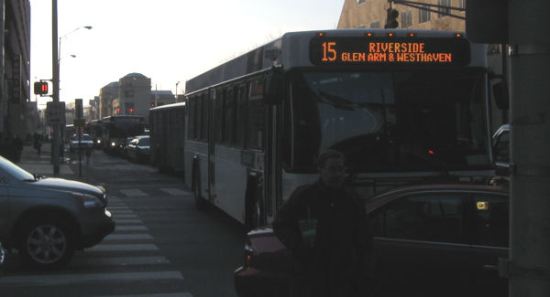 Honesty up front: I wish you, the providers of public bus transportation for the city of Indianapolis, weren’t the beginning, the end, and the entirety of our city’s mass transit system, to use the term loosely. It’s not that I harbor a grudge toward you; I merely wish you weren’t our only option. The nearest IndyGo stop to our house is a mile-and-half walk, only one-third of which is paved with sidewalks. As I outlined in one of my earliest entries here on MCC, I’d dearly love to see Indianapolis install subway corridors, or even a light-rail system, as our family has seen in other, superior cities during our annual road trips. Alas, I’m not holding my breath waiting for this miracle to happen. I expect no resolution in my lifetime to the unceasing political sniping over who should pay for it, whose houses should we steamroll to make it happen, and how dare we take money out of the grubby paws of Big Fossil Fuel.