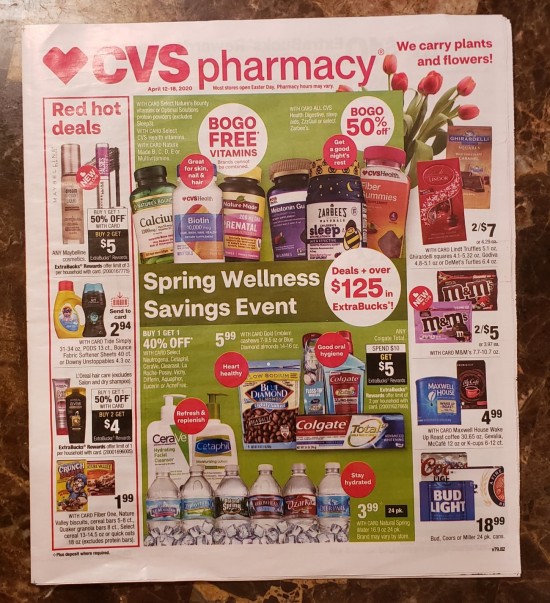 When your most prominent product makes your business “essential” and no one’s bullying you into refusing to sell non-essentials.

I’m generally happy to pay for journalism. I believe a free and fully functional press is a critical component to the structural integrity and ethics of any given country, state, and city. Local journalists in particular can cover topics too far below the radar of the numerous nationwide organizations out there. As a staunch anti-partisan who thinks extremely little of our feud-fueled political system, I don’t need to agree with every journalist’s tribal allegiance as long as I can discern either some capital-N News or some genuinely informed insights in their offerings. It helps that I tend to skim past the Opinions section and refuse to read the letters from readers unless they’re from someone I recognize, which so far this century has happened once (congrats to one of my wife’s cousins for that feat).

I’m old-fashioned enough to have a subscription to our local daily paper, the Indianapolis Star. A traditional seven-day subscription seemed a bit much, so I have a scaled-back subscription that requires one of their few remaining physical carriers to deliver a print-edition paper to our mailbox only on Sundays and Thursdays. Over the years the Thursday paper has turned slimline and provides me five minutes of preoccupation at most, but the Sunday paper remains their heftiest, with expanded content such as longform investigative pieces, restaurant news/reviews, faith-related essays, the starving remnants of the once-useful classifieds, retailer advertising inserts, grocery coupons, and four pages of Sunday comic strips in color. Longtime MCC readers can guess which section gets sorted to the top of my reading pile.

The Star shocked me three times this past weekend. Under the terms of the interim normal, two of those shocks were sorrowful but explainable. The third is debatable.

Pictured above is the one (1) ad insert that came with this Sunday’s paper. Just the one. All other stores have clearly given up selling to readers. The contents of this morning’s email folder confirms Target and Best Buy are still producing and sharing their inserts online, but they’ve apparently decided paper versions are a waste of resources. Same goes for numerous other companies — this week saw no grocery coupons whatsoever, and no huckstering from Walmart, Meijer, Bed Bath & Beyond, Menards, Michaels, furniture stores, or the one die-hard camera shop on the other side of town. Just the lone cry for business from CVS. This has to be a new record for thinnest Sunday IndyStar in decades, if not for all time.

Also possibly setting a new record: the obituaries, which had expanded to a depressing seven pages last week, this time exceeded eight pages. The online version was even longer, though to be fair, this week added a few Easter memorials that weren’t in the print edition. (And those were just the dearly departed from families that could afford obituaries.) We all know the reason for the section expansion. This absolutely sucks, and our prayers are with the families affected by this horrifying crisis.

The day before, the Star set off a different sort of emotion with a letter.

Guess where the spit-take happened.

$43 a month? In this economy? For two hard-copy newspapers per week, that’s over five bucks an issue. Their grocery coupons often help offset costs in our household, but today’s complete lack of coupons was, shall we say, a bit undermining to my confidence in their normally dependable value. (Frankly, they can keep omitting the Procter & Gamble section. Their coupons are the smallest, stingiest, and most pointless. We throw theirs away without looking at them.)

It’s not as though the Star is my only input source. In addition to the various news purveyors I follow on Twitter, I also have a digital New York Times subscription and a physical one for Indianapolis Monthly. I’ve gotten more than my money’s worth out of the former, as their nationwide coverage supersedes the Star‘s reliance on national-level stories shared from USA Today, and their entertainment coverage effectively replaced my lapsed subscription to the hollowed-out Entertainment Weekly. 80% of the content in Indianapolis Monthly is shopping guides for upper-class spenders, but the other 20% is useful (e.g., restaurant reviews) and often incisive, such as a recent feature on a city north of Indianapolis who are like Eagleton to our Pawnee and who, much like Eagleton, allegedly keep upgrading their shiny upscale facades through amassing massive truckloads of debt. 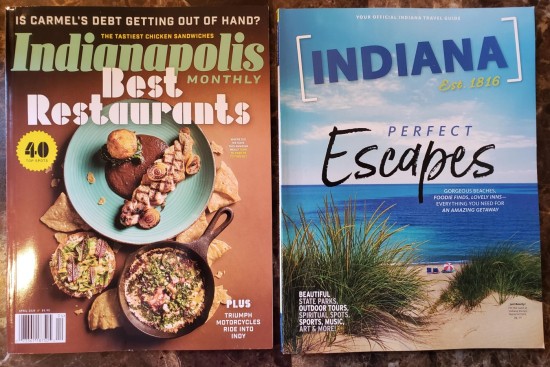 Indianapolis Monthly‘s latest issue came with a free Indiana travel guide. They’ve conceded the timing was not great for these subjects.

The Times and IM combined are much, much less than $43/month. I look at that price tag and think to myself: $43 could be split between many digital-only subscriptions to other publications. Looking merely at the ones that have barred me for exceeding my free reading allotments, the New Yorker is presently offering $6 for 12 weeks plus a free tote bag. (Granted, the bag bears a footnote caution: “Due to COVID-19 related factory and transportation delays and disruptions, tote bag delivery timing is uncertain. Your tote bag order will be recorded, and will ship when new inventory becomes available.”) Meanwhile over at Indiana Business Journal, I’m considering a deal for $7.25/month, but holding off on pulling the trigger because I’m afraid it’ll mostly be Wall Street Journal: Hoosier Edition, full of stock prices and other fine-print dollar figures that mean nothing to me. Other papers such as the Boston Globe and the Washington Post offer similar informational temptations.

I’d feel better about spending $43/month on a single news outlet if I could designate percentages of my fees to specific departments, much as I do with some of my charitable giving. Such a hypothetical breakdown might divide my Star fees thusly:

I know it doesn’t work that way. I can dream.

The timing of this price increase is obviously no coincidence, as severe advertising drops caused by countless business shutdowns nationwide mean less revenue for all involved. It’s also not their owners’ sole tactic for boosting profits. At the end of March, the execs at Gannett announced to all the papers they own — including the Star, among far too many others — that all their reporters shall be required to take an unpaid, one-week furlough each month for the next three months. As of early April, talks between Gannett and the guild were still in progress. Until and unless those bear fruit, journalists are dutifully taking their turns right here, right there, over here, over there, and doubtlessly beyond.

Sometimes I like to think every purchase we make is a donation of sorts. Whenever we spend more at a mom-‘n’-pop grocery than at Walmart, it’s a donation to keep the little guys in the game. Whenever we visit a unique restaurant instead of McDonald’s, we’re donating to small businesses and innovative entrepreneurs around us instead of multinational corporations headquartered anywhere but here. Whenever we buy books full-price from a local seller instead of worshipping Amazon’s discounts, that’s a few more livelihoods kept going in our neighborhoods and a few less coins in Jeff Bezos’ money bin. There are solid reasons to stop pursuing the cheapest possible price in every single transaction in our lives.

As of this moment I’m not planning to cancel my subscription outright, but $43 a month is not a cost to simply shrug off and consider fair without at least pausing for some reflection. Is that a fair donation for what we receive in exchange? How much of that will actually go toward keeping journalists alive and enthusiastic? If I switch to a cheaper digital-only option, how many journalists will have to be shed? And either way, how much of my money will merely feed the suit-wearing Scrooges and moochers that keep pocketing vastly more than their fair share?

Considering the number of ways it’ll inevitably be split, do I believe $43 a month is a fair price for the sake of Indianapolis’ very integrity despite the compromises foisted upon our much-needed researchers and storytellers from within? If I don’t, and others don’t, then how much thinner can they get? How many more cuts can they sustain before all that’s left to print in the Sunday papers are corrupted fluff, the CVS flyer, and that filthy mutt Marmaduke?