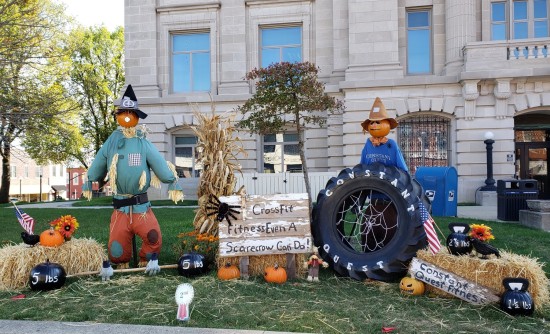 In this display a Danville fitness center shows us why we’ve never seen a fat scarecrow: they work out till they’re healthy and strawng.

Last weekend my wife Anne and I were out of town visiting my in-laws’ church and scouting the surrounding areas for fresh donuts when we stumbled across a surprise delight. Apropos of the autumn season and the upcoming Halloween holiday, we learned the nearby town of Danville, Indiana, holds an annual contest inviting local businesses to create their own scarecrows. A few craftspeople kept it simple. Some drew inspiration from their own lines of work. Some dove right into pop culture for their subject matter, which of course is bound to catch our eyes. Still others let their imaginations run amok. These were some of the standouts to me, proudly on display around the town square. 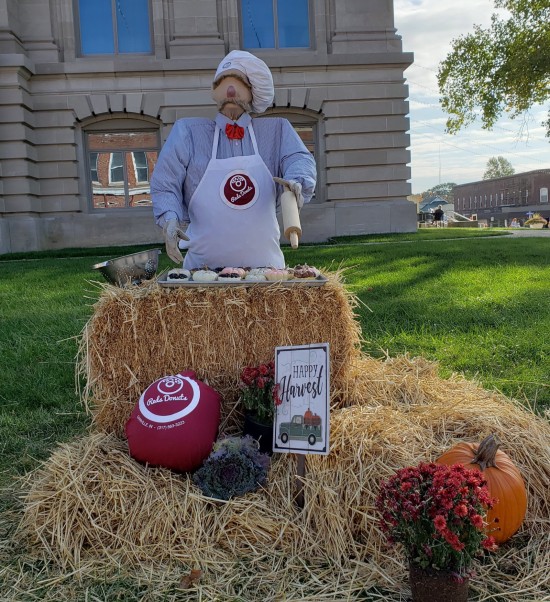 Time to make the donuts with the Swedish Chef. Brought to you by Red’s Donuts, the shop we were looking for in the first place. We came for the snacks, we stayed for the straw art.

A few friends from Bonnie’s bedroom, though it appears Jessie lost her head at the way Toy Story 4 ended.

The second-heaviest entrant: a tractor made entirely from hay bales. 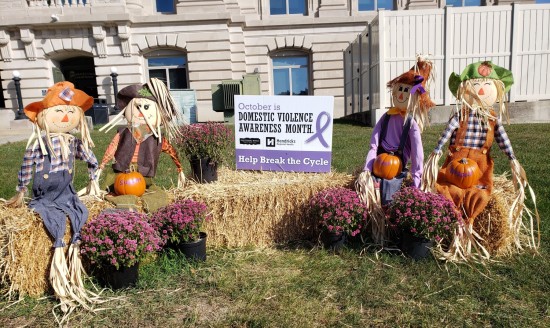 Happiness in freedom from domestic violence.

GIRL SCOUT COOKIES! That’s it, contest over, winner declared, why even bother going on.

Pumpkins by artisans who make all their merchandise — furniture, knickknacks, et al. — out of wood from torn-down old barns. 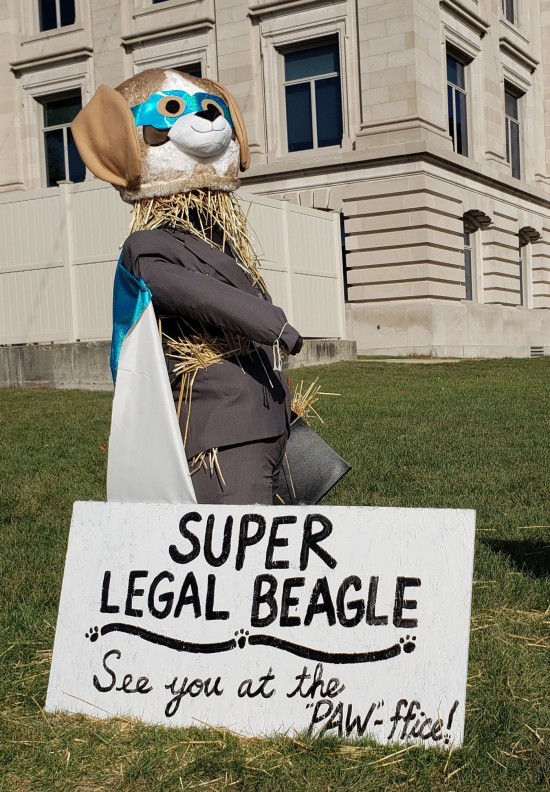 A cute doggie plus a groan-y pun equals the kind of reliable combination usually reserved for Hallmark cards.

This you see is of course Frankenstein’s Scarecrow because well actually Frankenstein was the farmer’s name.

I’d never heard of the Hoosier Pie Trail, but now we have ideas for our next several road trips. 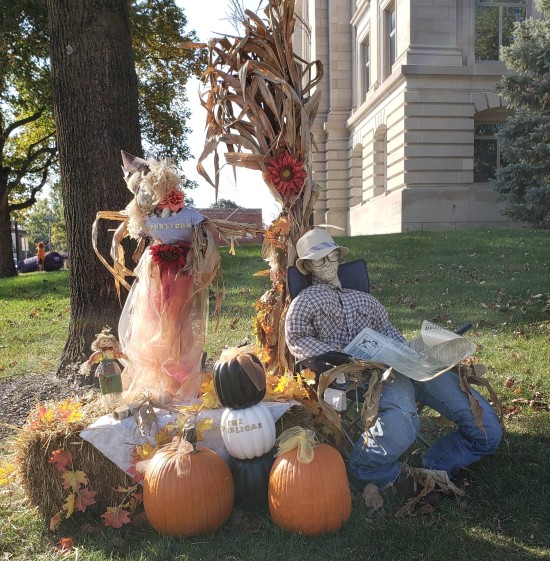 Danville is among those rare towns that still have their own independent newspaper. The Republican is so hardcore, they don’t even have a website or social media presence. Nevertheless they persist.

Way more beloved: Mister Rogers! Look closely and you can see they even included his puppets!

We’ve seen Wizard of Oz scarecrows before, but lugging in an entire A/C unit just to crush the Wicked Witch of the East is next-level scarecrowing.