Previously on Midlife Crisis Crossover: our family has been to our Indianapolis Zoo several times over the years. Now that my son is an adult and we’ve seen most of the animals a dozen times each, attendance for us isn’t an annual tradition, but we’ll drop in from time to time for special occasions.

Last week my wife Anne and I availed ourselves of a five-week event series called “Animals and All That Jazz”. Each Thursday evening a different jazz band has been invited to play a concert in their pavilion. Concert tickets cost a bit more, but they included zoo admission and the show lasted until after normal closing time. With a gracious one-time special discount through my employer, the two of us decided to check it out. It was a pleasant getaway from our current restlessness that has us pacing back and forth while waiting for our vacation week to arrive.

The concert began at 5:30. We arrived after work shortly before 6:00, while the band was covering Norah Jones’ “Don’t Know Why”. Officially the animals would only be on display until normal closing time of 7:00, but the concert would continue till 8:30. After a quick, inadequate dinner of overpriced zoo food and some fun, live jazz, we had forty minutes to see as many animals as possible before returning to the pavilion. We tried to make the most of it. 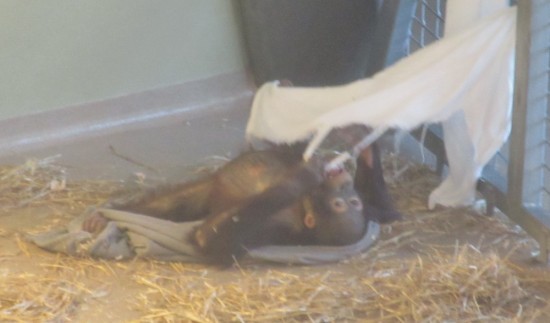 We hoped to see more activity in the super-sized orangutan habitat they built a few years ago, but once again it was nearly deserted. The least inanimate resident was this li’l fellow wrestling with a tarp.

My thought was to check out the zoo’s largest outdoor space, the Plains area. A wide assortment lives out there and would surely have a few active participants perhaps doing things we hadn’t already previously photographed.

A tower of giraffes features the latest addition. Makena is five months old and at six feet was already taller than my wife at birth.

Ruppell’s Griffon vultures, looking like we usually feel after work.

Not a zoo animal, but a duck (with duckling in tow on her other side away from us) hanging out in the rhinos’ mud pit.

Guinea baboons posing for the cover of their next album. 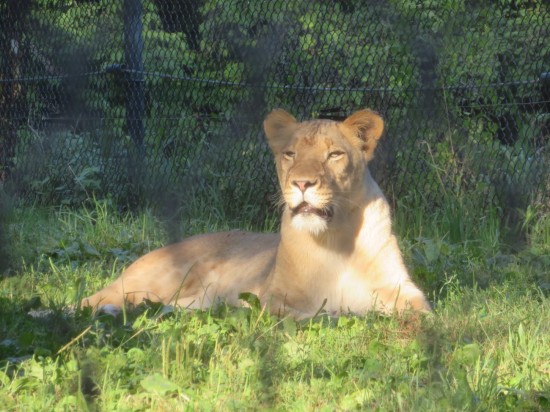 As usual, the lions lounged around thinking, “Yep, I’m kind of a big deal here.”

Among the numerous African animals on hand, the greater kudu may be the least common sight at the zoos we’ve visited in other states. 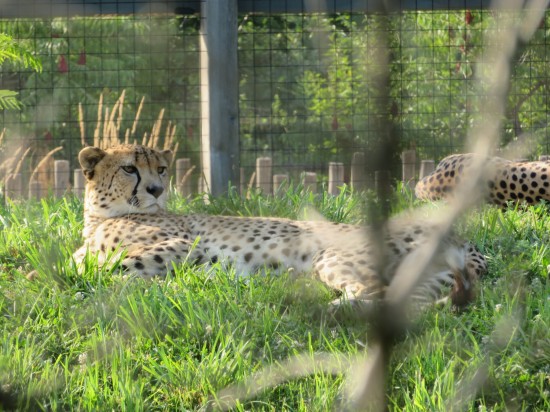 A cheetah paranoid that someone, somewhere might be using its face as a meme punchline.

Our zoo prides itself on its participation and advancements in elephant reproduction research.

We exited the Plains area right around 7 p.m. and headed back to the pavilion for more jazz. Along the way we stopped at the ring-tailed lemur enclosure, where those rascals were defying closing-time orders and giving away zoo-animal cuteness for free.

Two of the lemurs have had twins this year, one set barely a month old upon our visit. Rather adorable and definitely not taller than us.

We grabbed another table and relaxed with more jazz for a spell. We left around 8:00 to the lilting melody of Anita Baker’s “Sweet Love” and considered it a date night well sent. Next time we’re around, hopefully the orangutans will emerge from hiding and stop giving us the cold shoulder.