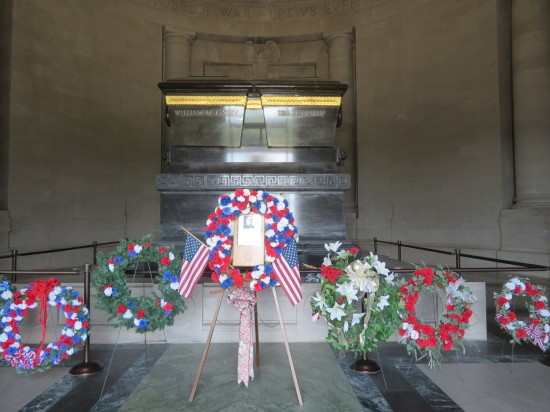 You can tell our next President has a bigger fan base than some of the others in this series — far more wreaths, and his final resting place is indoors.

I realize these chapters have been rather spaced apart and there’ve been so many of them, but we’re technically in the home stretch now. After a quick lunch stop in West Virginia, only one state stood between us and home. We’d already paid respects to one American President from Ohio, Rutherford B. Hayes, back on Day One. Two more Presidential gravesites lay ahead on the trail before we would cross the final state border.

Target acquired. Way up there.

Two hours northwest-ish of Pittsburgh is the city of Canton, Ohio. To the average traveler it’s the revered home of the Pro Football Hall of Fame. Anne and I aren’t into sports and had a different destination in mind: the William McKinley National Memorial, a 77-foot-tall marble dome that serves as the final resting place for President McKinley, his wife Ida, and their two daughters. 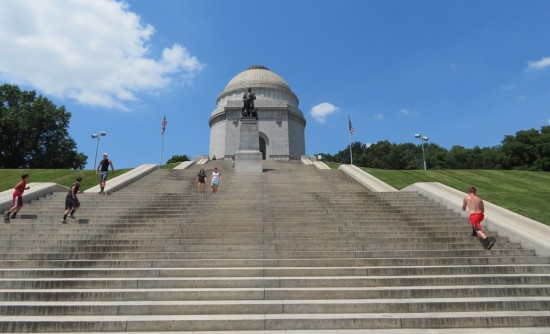 108 steps in all from the parking lot to the Memorial. Locals use it for their exercise regimen, much like the joggers we saw at Red Rocks Amphitheater.

Quite a few McKinley statues have popped up in our previous travels. The year before at Antietam National Battlefield, we learned about that time he served in the Civil War as a Union commissary sergeant with distinction, running rations to the troops under fire. McKinley statues also stood on the grounds of the Ohio State Capitol; in front of Buffalo’s City Hall back on Day Two; and outside Philadelphia’s City Hall, where we’d walked on the evening of Day Five. Naturally his Memorial has one as well. 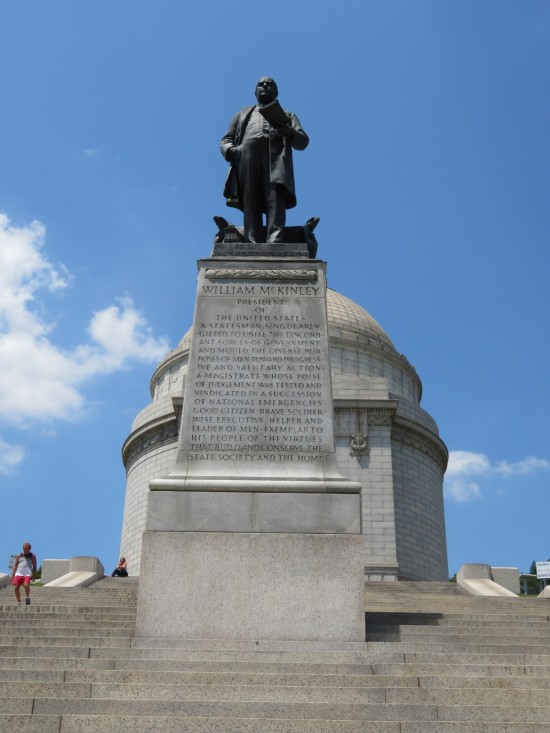 Partway up the stairs is this 1907 work by Charles Henry Niehaus, 9½ feet tall and based on a photo of McKinley delivering his final speech at the Pan American Exposition. 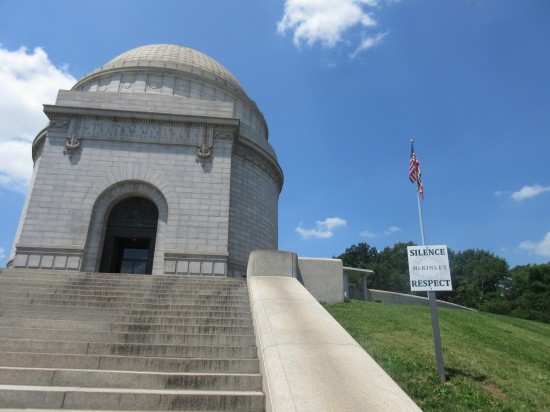 Halfway up the steps, a gentle reminder to please keep your shortness of breath and your heavy gasping quiet lest you disrespect a President and disturb the Stairmaster crowd trying to listen to their hip-hop workout playlists.

Today McKinley is chiefly remembered as one among several answers to the popular trivia question, “Which American Presidents were assassinated?” On September 5, 1901, while in Buffalo for the Pan American Exposition, McKinley was shot twice by an anarchist who waited in a long handshake line for his opportunity. McKinley died from his wounds eight days later. Legend has it his last words included a bit of his favorite hymn “Nearer My God to Thee”, sung with his dying breath to the wife he loved very much.

Ida McKinley died seven years later. McKinley’s assassin was executed 45 days after McKinley died, which sounds like a pretty speed-metal trial process compared to today’s Death Row cases, which can linger for years and even decades. Back in the day, if you murdered someone that important, they wasted no time sending a message to other wannabe villains.

McKinley took an even farther back seat in Presidential history as in many ways he would be overshadowed by the Vice President who succeeded him: Teddy Roosevelt, who probably would’ve punched the assassin into submission, made him eat his own gun, and then ejected the bullets from his body through sheer willpower. Alas, if only McKinley had shared his superpowers. 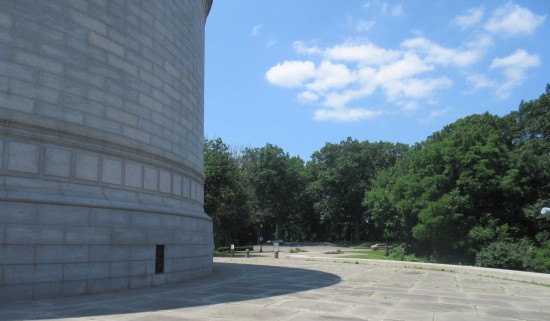 Your reward for surviving the walk up 108 steps is a clear view of what lies behind it: another,far more convenient parking lot we didn’t know existed.

Inside that dome, there they were, William and Ida, side by side and eight feet above the floor. 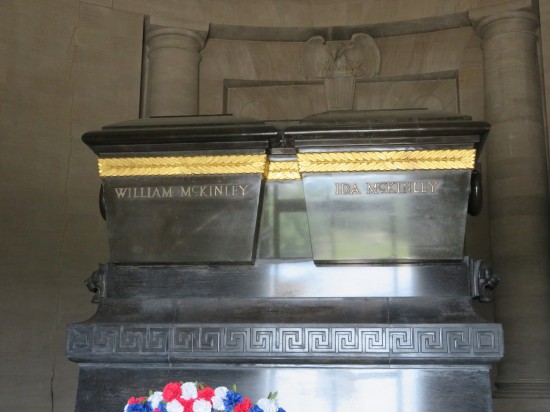 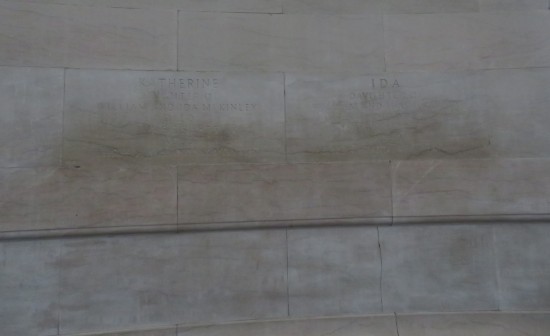 Interment markers in the wall for their daughters Katherine and Ida. Neither lived to see age 4. 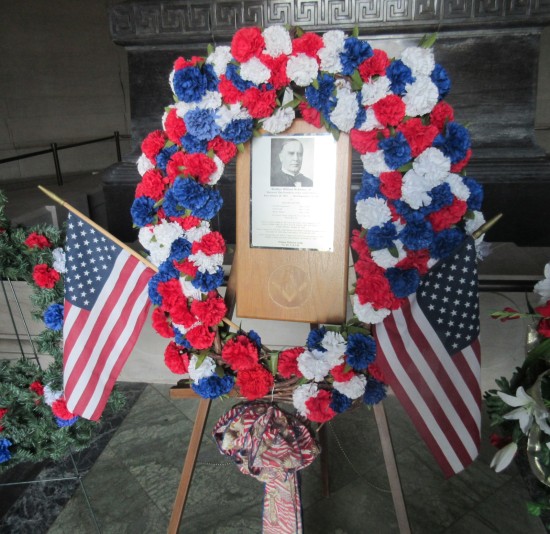 Closeup of that center wreath, encircling a tribute from a local lodge. 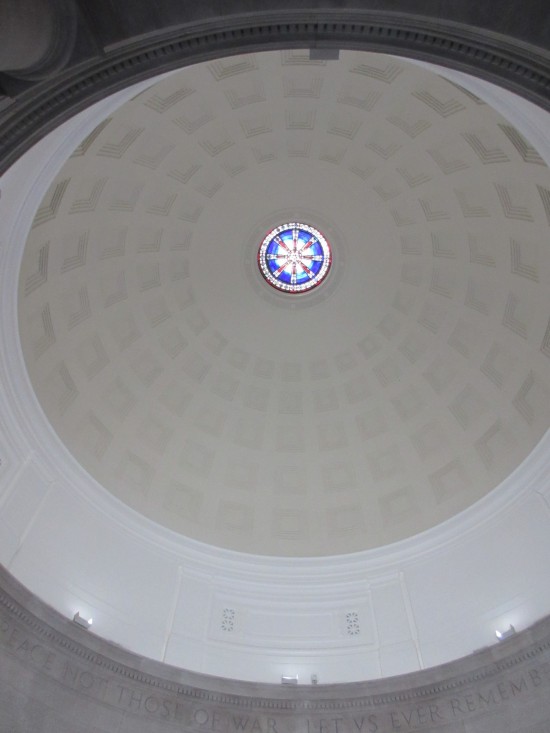 The dome’s top, 77 feet above. Had we noticed the pretty skylight up there, we could’ve zoomed in for a better shot. 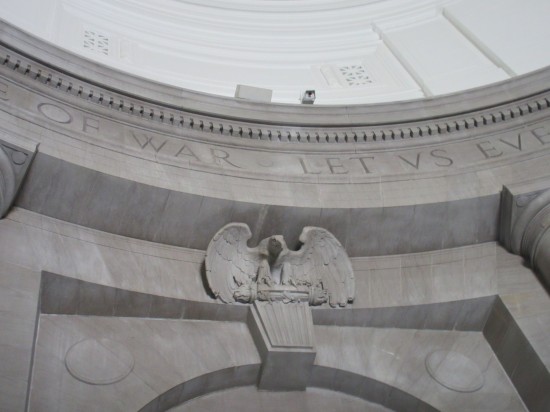 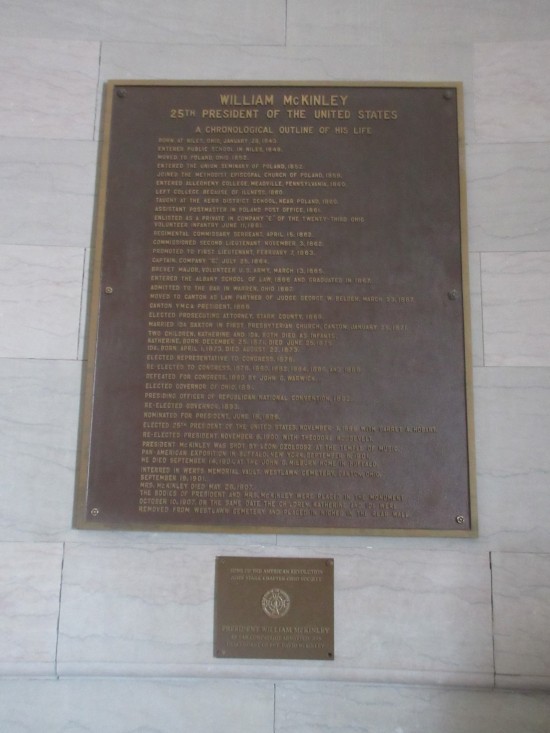 A handy checklist for McKinley’s life and careers. 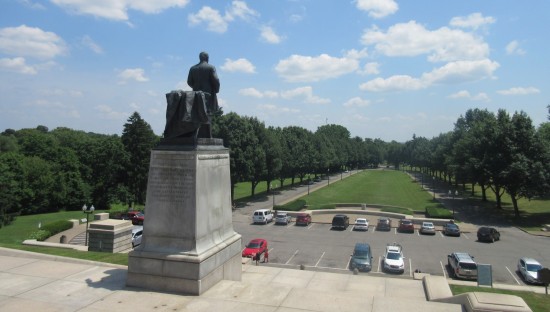 The view of the grassy mall in front of the Memorial, which used to be a reflecting pool. From behind you can see McKinley’s artist sculpted him a chair with an American flag draped over it.

Our visit wasn’t quite done yet. We descended the 108 steps, caught our breath again, turned to our right, and decided to go see what else McKinley’s fans had built in his name.