To approach this crypt you must first pass the Trial of the Stone Goddess!

Anne and I have a twice-yearly tradition of spending our respective birthdays together traveling to some new place or attraction as a one-day road trip — partly as an excuse to spend time together on those most wondrous days, partly to explore areas of Indiana we’ve never experienced before. We’re the Goldens. It’s who we are and what we do.

Once upon a time in 2012, we willfully stayed in town for a change and spent a Saturday at a pair of nearby attractions with connections to the Halloween season. It’s not her favorite holiday, but October is her birth month and she had her motives. The first half of that fun-filled day was spent driving around the most famous final resting place in all of Indianapolis, Crown Hill Cemetery. A renowned institution since 1864, Crown Hill houses several of the Circle City’s bigger names in history and/or local government, as well as the highest elevation point in central Indy…

Our feature presentation was the gravesite of Benjamin Harrison, the only American President buried in Indiana. We also found the burials of a number of Hoosier Vice Presidents and other famous figures and contributors to society. Beyond the purview of our preceding photo gallery, a number of other Crown Hill tombstones, crypts, and special features caught our eyes as we wandered the grounds, took in the sights, tried to be respectful, and hopefully angered no vengeful spirits.

The angel of the Eastman Monument stands guard amid the changing autumn colors.

Another angel lurks behind one of the stones from Part 1.

This one appears to come with rock weapons. 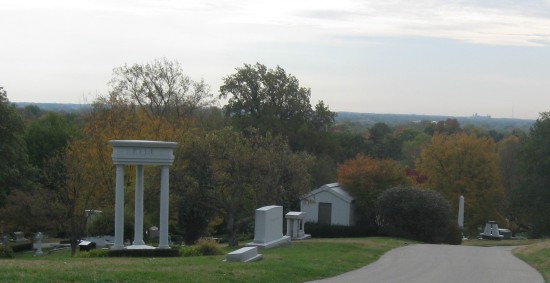 The hilly landscape, the winding roads, the deciduous forest, the random markers. 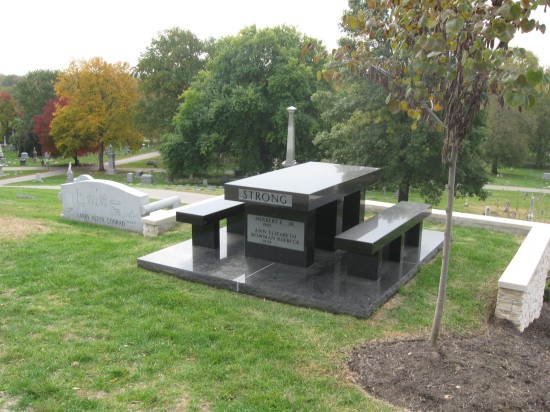 At left, an Indiana Secretary of State who helped craft the 25th Amendment of the U.S. Constitution. At right, stone table and benches commemorate a local plumbing supplier. 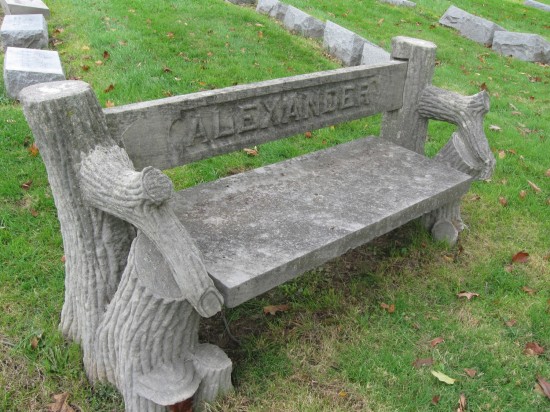 No table included, but closer to a Halloween aesthetic.

We took pics of some standouts in case they proved to be notable after the fact. This one’s important to someone out there, but not necessarily to Indiana history.

Same goes for this foreboding obelisk. Obelisks are usually a big deal.

Another angel, another obelisk, more questions than answers. 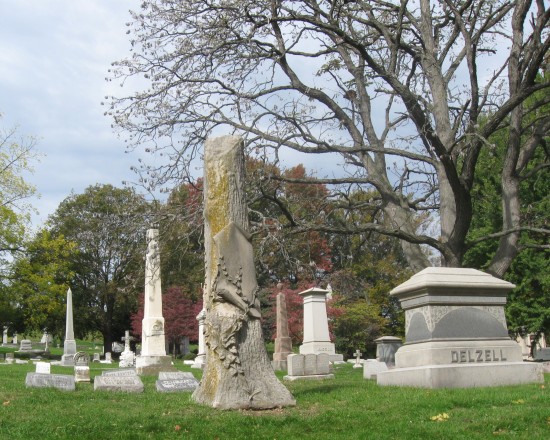 If this is a fake tree and not a real petrified one, we saw no name for any resident below it.

I’m not 100% sure what the deal was with these dirt graves. Renovation, one presumes, rather than trying to make zombie breakouts less taxing. 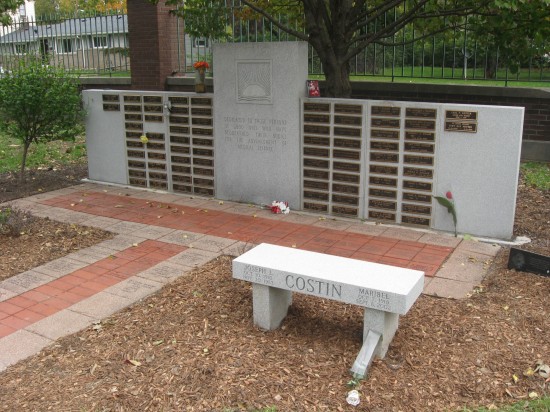 The Medical Science Donor Memorial and yet another cold, hard seat.

Upscale families come to Crown Hill for all their large crypt comfort needs. 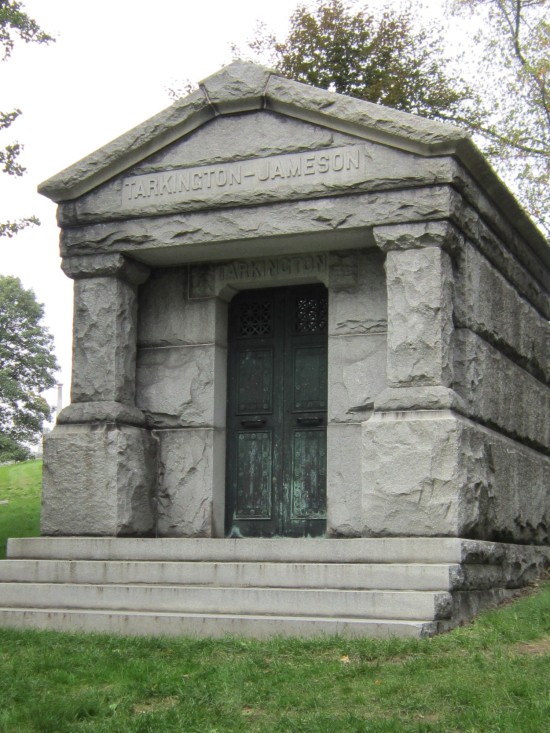 At right, the namesake of a local hotel turned skyscraper mini-mall.

Among the outtakes from Part 1 is a closeup of the creepy Gothic Chapel.

…as well as its holiday harvest decor.

What if a Weeping Angel signed up for military duty.

Alternate take of Oliver Perry Morton, still the most disturbing bust we saw and most likely to look apropos on a “HAPPY HALLOWEEN!” card.