“A person is a person no matter how small…” — wisdom from Dr. Seuss.

Last time we showed you three Garfields in the city of Marion. But Marion has four Garfields. Between the hospital and the golf course, we found another Garfield in an unexpected wonderland of public art.

The Fountain of Youth, so to speak.

Matter Park is Marion’s largest city park, an institution ever since the land was donated by a farmer named Philip Matter at the turn of the 20th century. It’s had good times and bad over the decades as fortunes and funds and attention spans have waxed and waned. It once housed a zoo, which was one of many shut down in the 1970s when animal care trended toward the larger, more spacious zoos we know and enjoy today. It also had a public pool, which was dismantled in 1990 after much lamentable neglect. Poor reviews on their Facebook page insist recent times haven’t always been kind to the environs, either.

We didn’t feel any of that negativity on our visit. Not many people were around, but that’s because it had just rained. A few kids and parents began to filter in as we walked the grounds.

We took the sidewalk’s advice.

We had no idea which end was which, and of course parked at the wrong end. Once we figured out where the entrance gate was, we found ourselves surrounded by sculpture, gardens, and some nice facilities fit for celebrations — reunions, weddings, or just getting away from your desk for a while.

Special features include a gazebo and a pergola, vines pending. 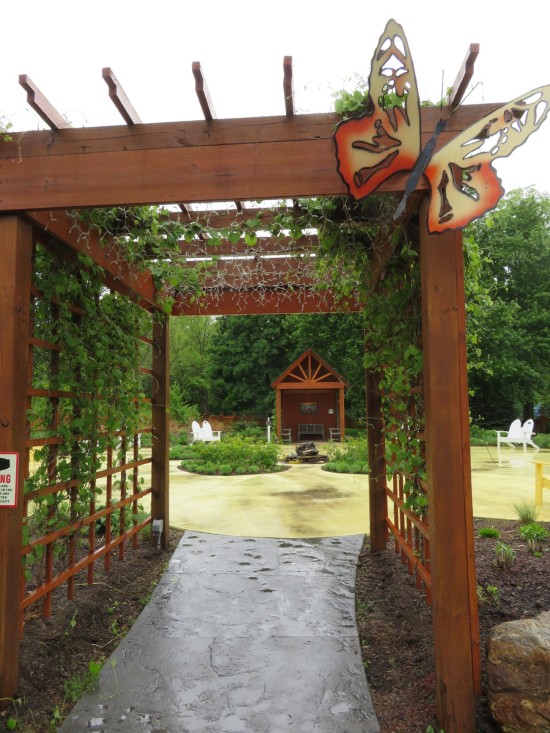 Pergola in progress with butterfly.

Pretty pond off to the side. There’s supposedly a creek nearby that leads to another roadside attraction, but we couldn’t find it.

Their Garfield is in a far corner, but we had to walk past so many intricate works of art to reach him that he seemed more like an opening act than the feature presentation. 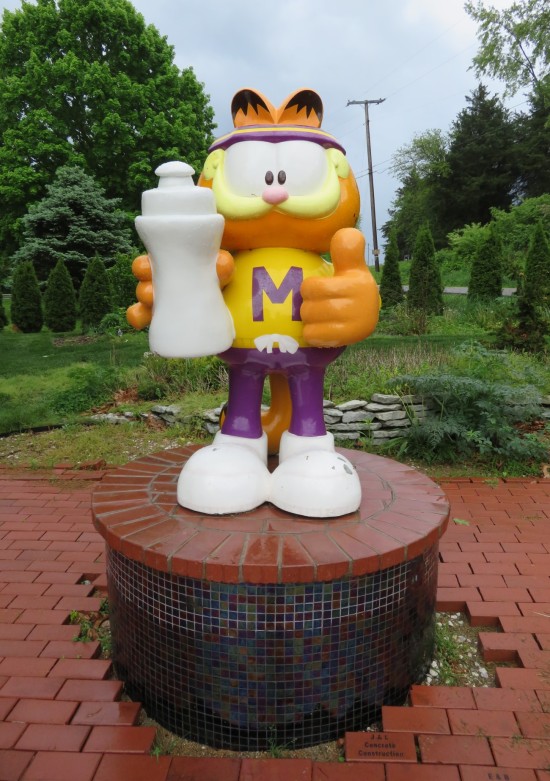 #6, “Fit for Life Garfield”. This may be from a long-lost rejected strip in which Garfield hits his head, gets amnesia, and convinces himself he’s actually a fitness instructor.

And now back to way-cool public art, already in progress.

Frog violinist, possibly warming up to play a classy version of “Michigan Rag”.

Keeping with the “fit for life” theme of that Opposite-Day Garfield: kids getting exercise, playing baseball. 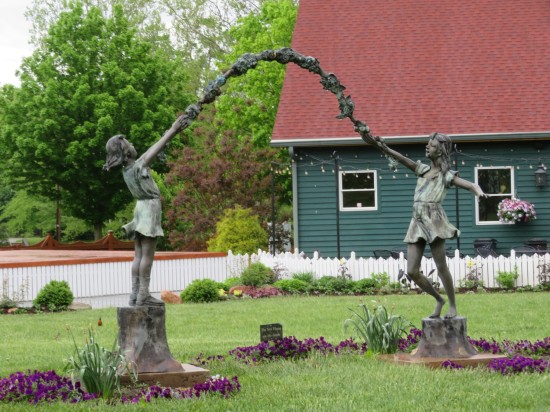 Two girls working out with a most unusual jump rope.

Dancing isn’t my thing, but I understand it burns calories. 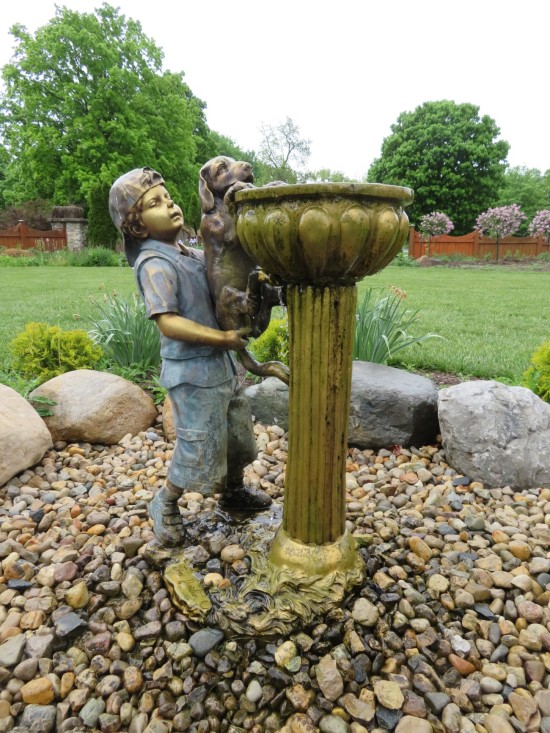 Dog-lifting helps build biceps, but this is a gross violation of bird bath protocol.

I love this waterfall and pond setup, but that kid who’s pretending to fish isn’t fooling anyone. 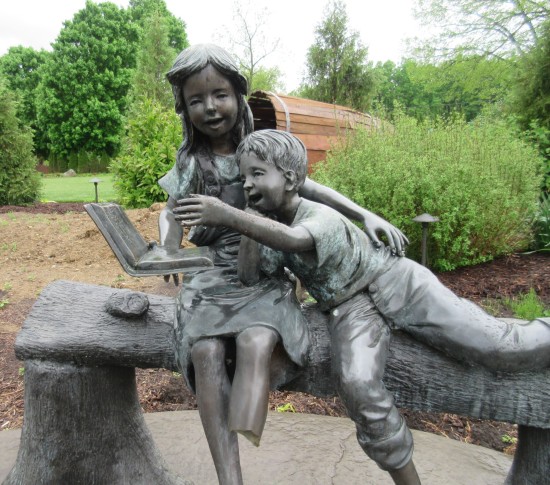 Gym class was sadly not my favorite. Either of these kids could probably beat me at any basketball game of their choice.

The count stands: six Garfields down, five to go. To be continued!