Straight from the pages of my wife’s Star Wars Expanded Universe bookshelves and into the world of Star Wars Rebels, it’s that master planner Grand Admiral Thrawn and an Ysalamir.

But! These are the costumes we’re glad we didn’t miss from the worlds of animation, gaming, movies, and what I’m being told is one extremely popular webcomic. (Special thanks to my son for naming assistance with a few of these.) 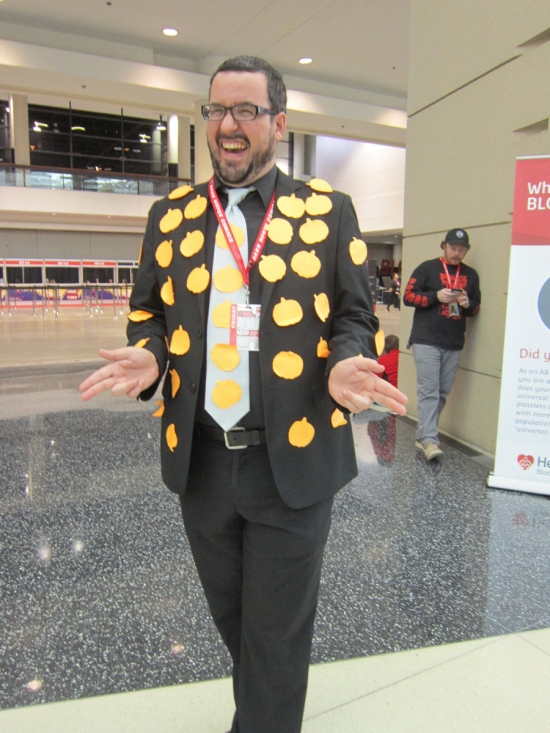 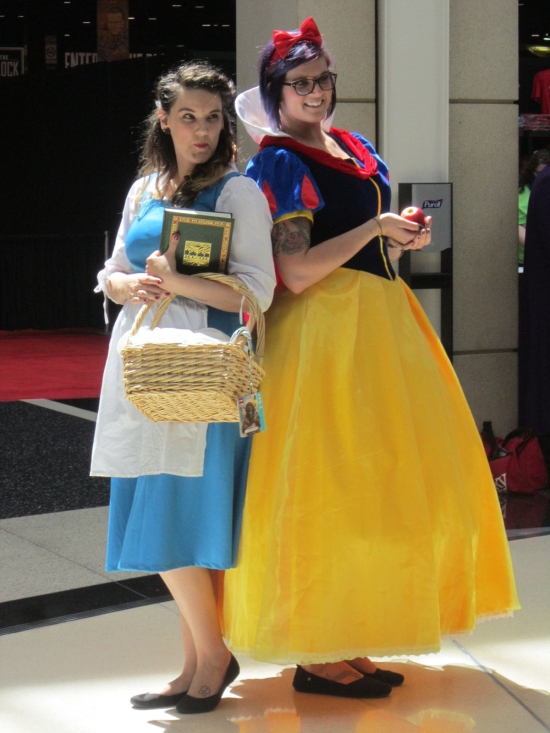 Belle, star of the runaway smash Beauty and the Beast, and Snow White, waiting for her live-action upgrade as soon as Disney figures out how to do the “Dwarfs” part without inciting rage-filled thinkpieces. 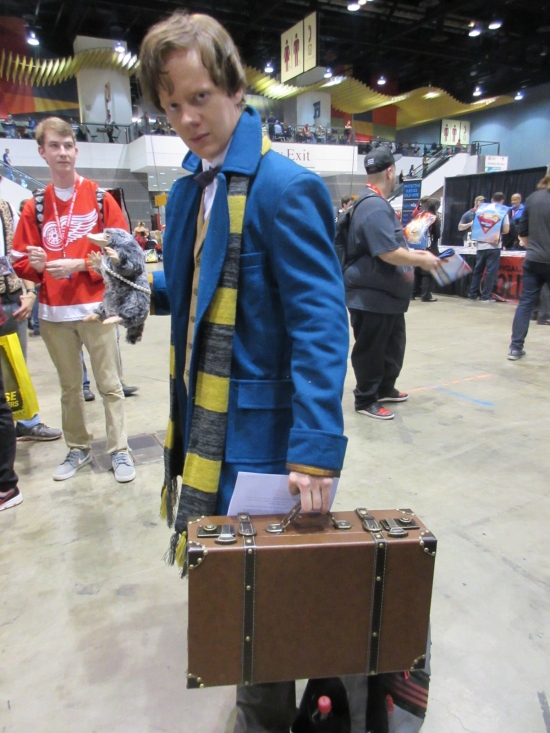 Newt Scamander representing for the wizarding world of Harry Potter. 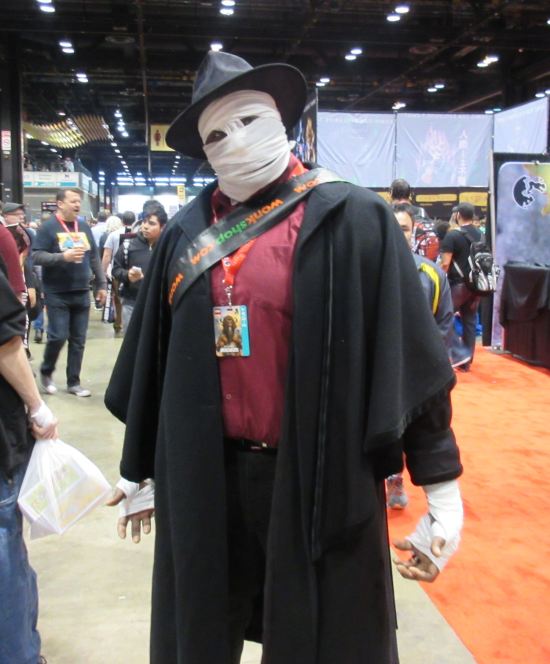 I’m so old and odd, I saw Sam Raimi’s Darkman in theaters and liked it. Too bad Liam Neeson couldn’t have done ten of those instead of the Taken series.

Ferris Bueller returns to Chicago, probably up to no good again.

Plotting revenge against the Powerpuff Girls are Mojo Jojo and…yes, that’s HIM. The one at right is…we’re not sure. Harvey Bullock, Mouse Detective? 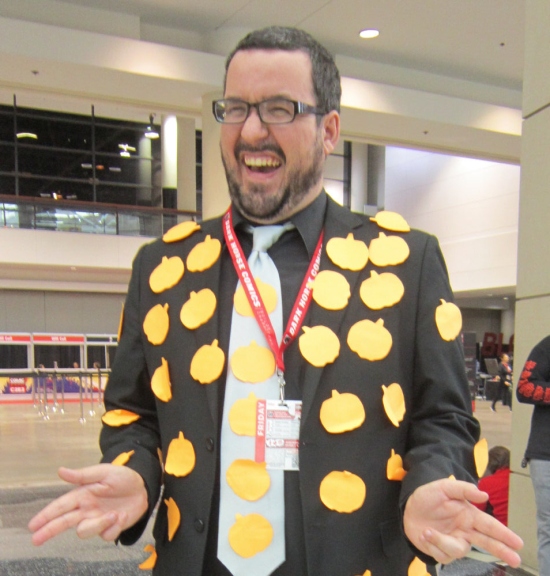 Skeletor (who was a hoot and on a roll in person) kicks off our gaming section with special guest Blackwatch Reyes from Overwatch. 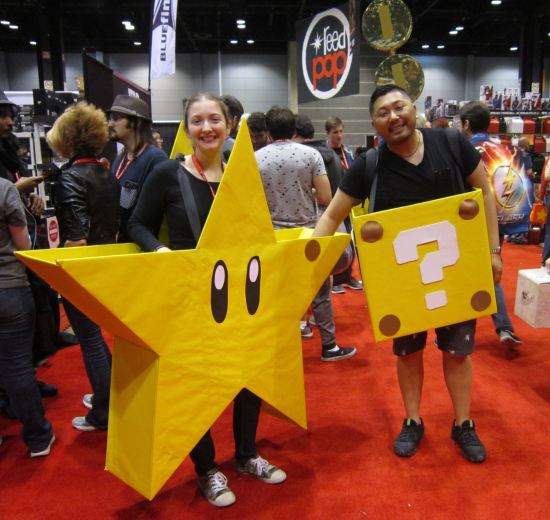 Two for any gamers past and present, 60 and under: a Starwoman and Coin Block from Super Mario Bros. 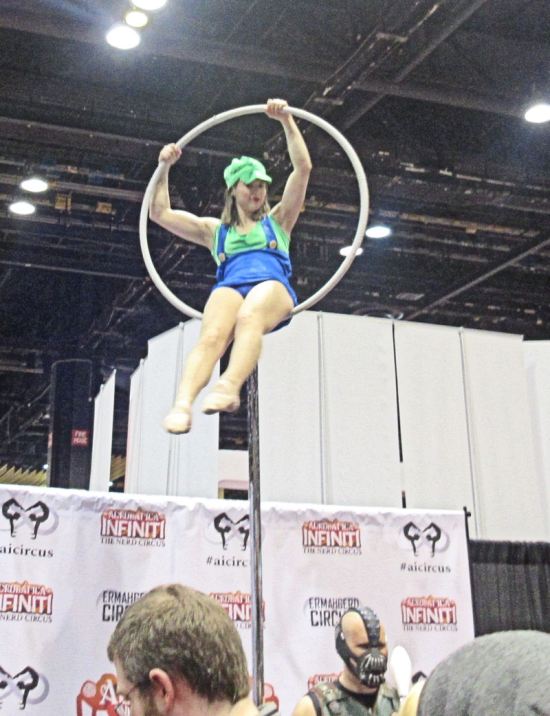 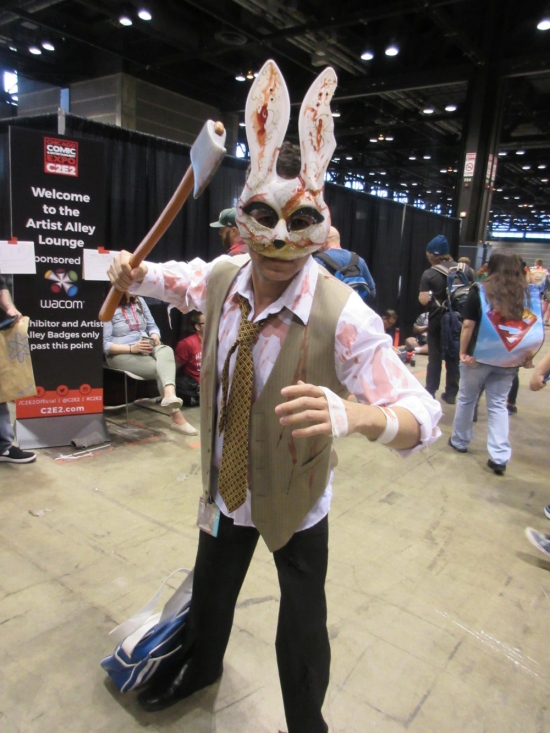 From the Department of Games I’ve Played as an Adult: one of the creepy Splicers from Bioshock.

One of the most twisted Bioshock nemeses, the artist Sander Cohen. I lost a trophy because I eliminated him a bit too soon.

Another, spikier Borderlands Psycho along with (I think?) Commander Shepard or a coworker from Mass Effect.

Ahri from the online game League of Legends, complete with Orb of Deception. 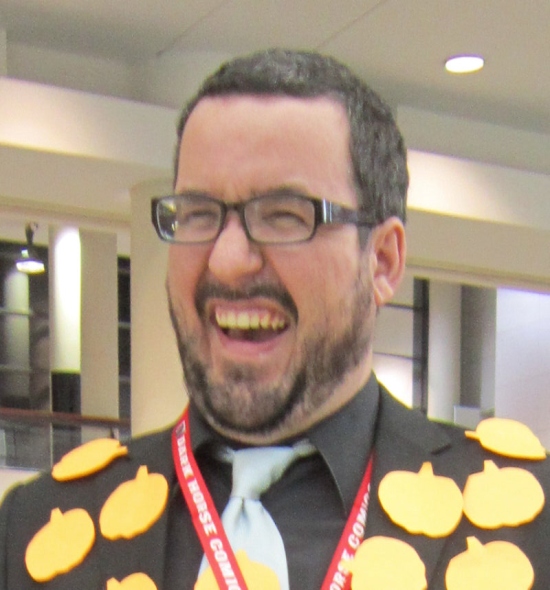 Last cosplayer we saw on our way back to the car, and one of the finest: Moana!

To be continued! Other chapters in this miniseries:

Part 1: Comics Cosplay!
Part 3: Comics Creators Cavalcade
Part 4: Who We Met and What We Did