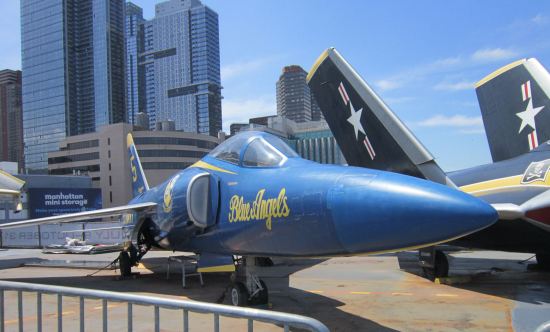 On our two trips last year, I found myself in the presence of two different aircraft collections: one at the National WWII Museum in New Orleans, which keeps several full-size wartime plans suspended in midair inside a multi-million-dollar building; the other, at the unrelated National Museum of WWII Aviation in Colorado Springs, which is relatively newer and dreams of funding that same square footage someday.

We found the Intrepid Sea, Air & Space Museum doesn’t have quite as large a fleet as those two, but the worthy assortment on its upper deck, lacking the specialized scope of those other two museums, includes vehicles from other wars and eras, not just World War II.

Side note while you’re scrolling through the photo gallery: film fans may recognize the Intrepid from its big scene in I Am Legend, in which our hero Will Smith hangs around the upper deck by himself and whacks golf balls toward Manhattan for fun. I guess that’s one way to pass the time after the apocalypse.

Most of the Intrepid‘s planes rest on the upper deck, but a few fit inside the hangar deck, including this TBM-3E Avenger that had cousins in both New Orleans and Colorado Springs. 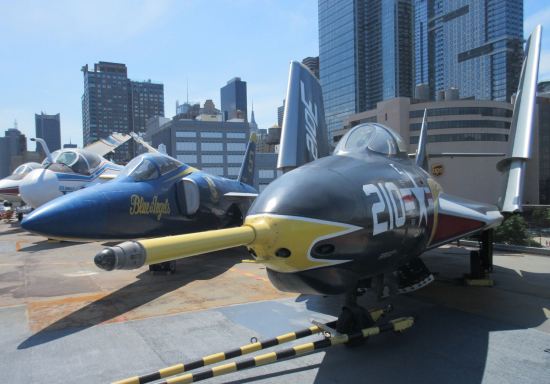 The Grumman F9F-8 Cougar, in use during the late ’50s, carried Sidewinders but never saw combat. A later version was used for airstrikes in the early years of the Vietnam War.

You may have seen an earlier version of the A-6E Intruder starring in Flight of the Intruder alongside Danny Glover and Willem Dafoe. 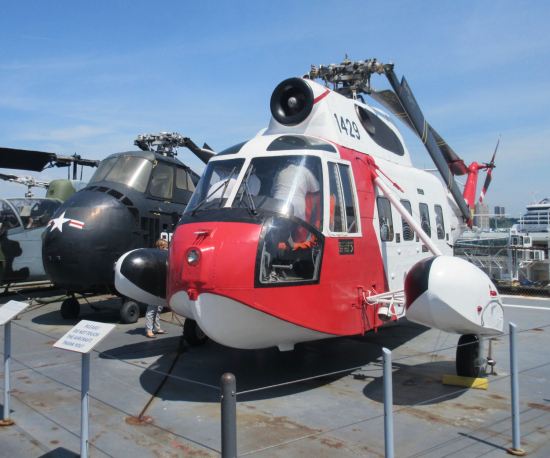 Helicopters in the house: Sikorsky’s H-19 Chickasaw and HH-52A Sea Guardian, the latter in popular use by the US Coast Guard back in the day. 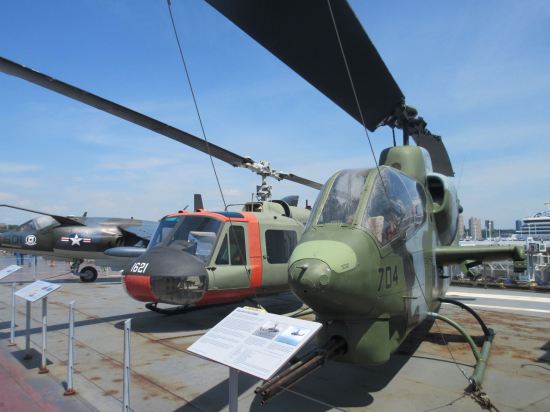 Helicopters, round 2: the UH-1A Iroquois (your standard Huey seen in every Vietnam War flick ever) and the AH-1J Sea Cobra, a popular model with the US Marine Corps and numerous overseas buyers.

International planes of renown #1: the AV-8C Harrier, a late-’60s UK craft equipped with VTOL gear considered advanced for its time. 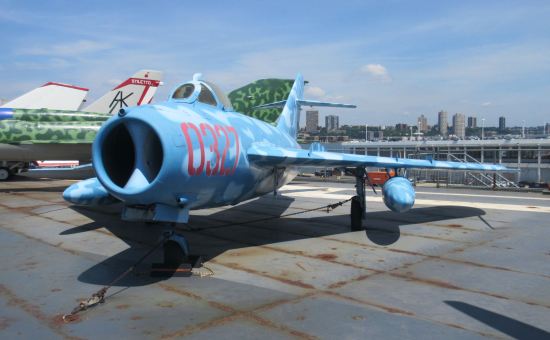 International planes of renown #2: Russia’s own MiG-17, some of which our side shot down over Korea and Vietnam in their respective decades.

If you have a keen eye for these things, you may have seen the F-16 Fighting Falcon in Iron Eagle and The Sum of All Fears, which I coincidentally just watched and regretted a few weeks ago.

The Lockheed A-12 was a sneaker, not a fighter, with reconnaissance cameras that could take photos from 80,000 feet. If they could snap crystal-clear, non-blurry cosplay pics in a poorly lit convention hall, I’d pay good money if I could find one of those at an antique shop.

Compared to some of these other planes, the late-’50s T-34A Mentor looks smaller and close to adorable.

While the planes themselves were interesting to check out, that previous shot of the Mentor points toward one of the underrated stars of that upper deck: the imposing Manhattan skyline to the east.

Next time: we finish the MCC Intrepid Trilogy with a loving look at the two coolest vehicles on the premises. To be continued!