The red stairs of Duffy Square: where all the cool vacationers come to sit down and appear in the backgrounds of everyone else’s photos.

Returning to Times Square was inevitable, and not just because our hotel was a few blocks away. All those colossal neon ad campaigns attract tourists like we’re wingless moths, but instead of electrocuting us, they hope to implant latent signals that will one day activate on a time delay and zap our mental processing centers till we agree to empty our wallets and purses in the general direction of the products, goods, or services that previously loomed above us and dominate our vacation slideshows.

While we waited for our Late Show appointment in the afternoon of Day 3, we ambled south from the Ed Sullivan Theater to Times Square and immersed ourselves once more in the nonstop buzz of life and lounging in one of the most overloaded, overwhelming intersections we’ve ever walked. 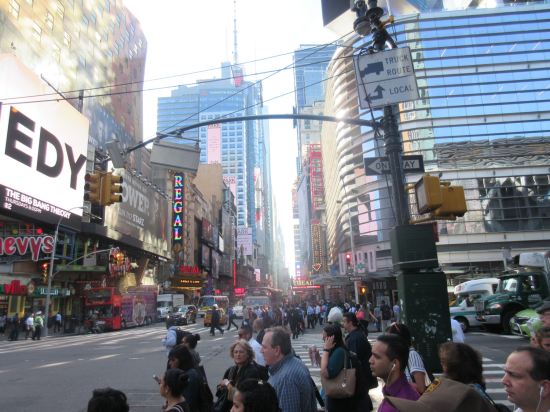 Earlier that morning, most vacationers were still asleep and rush hour commuters had the space all to themselves, none of them pausing to gawk quite like us.

Times Square basic shot: the crowds, the screens, the towers, the multinational corporations on parade.

Arguably the largest display of Degas art in North America. Unless there’s a Vegas hotel named after him. Never been, couldn’t say.

Every Times Square photo is filled with Easter eggs from edge to edge. One of these signs will come closer into focus in a future chapter.

Hidden atop one tower and dwarfed by the boring light show beneath it, the world-famous New Year’s Eve Ball is easy to overlook.

I have no idea what MTV series I’m meant to watch, but I’m guessing it contains zero music videos or guys named Puck.

Regrettably, Times Square appears to have no neighborhood association in place to review and reject ads. 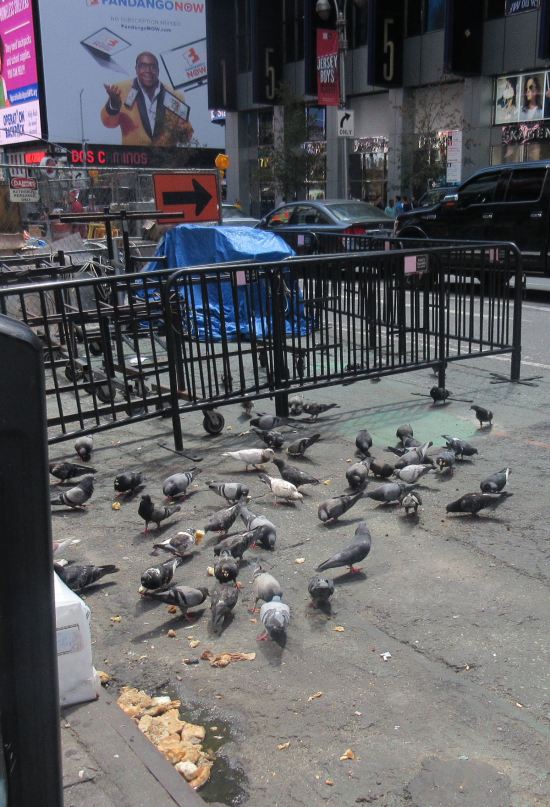 Pigeons couldn’t care less about your stupid billboards. Electricity doesn’t put food on the table. Or the ground. Whichever.

So many people dressed better than us.

Photograph of a photographer photographing a subject subjected to her subjectivity.

Later I tried a few night shots, all of which are little more than abstract color studies, including one (not this one) that was a failed attempt to capture the only policeman we saw in riot gear that week. 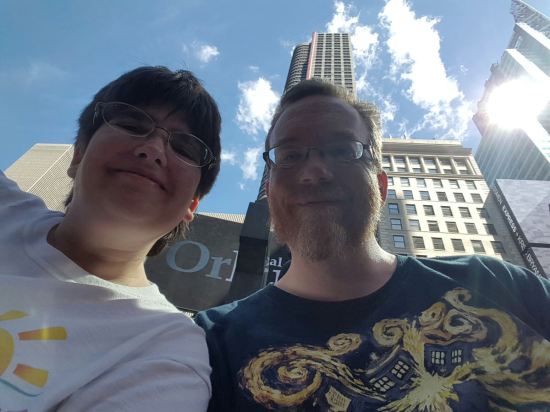