Soon as you enter the nave of St. Louis Cathedral, on one side of you Joan of Arc is risen above.

Our first indoor stop on Day Four that wasn’t a restaurant was the grand St. Louis Cathedral, centerpiece of New Orleans’ Jackson Square and one of the oldest cathedrals in America. The outside id distinct in its own right, but the interior decorations and designs were impressive in their own right, even the parts identical to what you see in other, newer, more modest churches. There’s something about such a venerable structure that elevates even the most mundane details toward a greater spiritual presence.

You saw the Cathedral in the last three chapter — twice from the outside, and once in all its cavernous splendor from last week’s most-Liked MCC post. This, I think, is our only exterior shot without the Andrew Jackson statue blocking the front.

Whenever we forgot we were in the South, the trees nudged their way into our photos to remind us.

The doors open no later than 9 a.m. daily, earlier than all the other Jackson Square businesses. Hence its preferential scheduling here.

The Cathedral is no historical relic for mere display purposes. It retains an active Roman Catholic congregation and provides the same services as any other regardless of age or stature.

…though there are historical items on display. Group tours available.

Standing opposite Joan of Arc above our heads is its namesake King Louis IX of France, who was canonized in 1297. 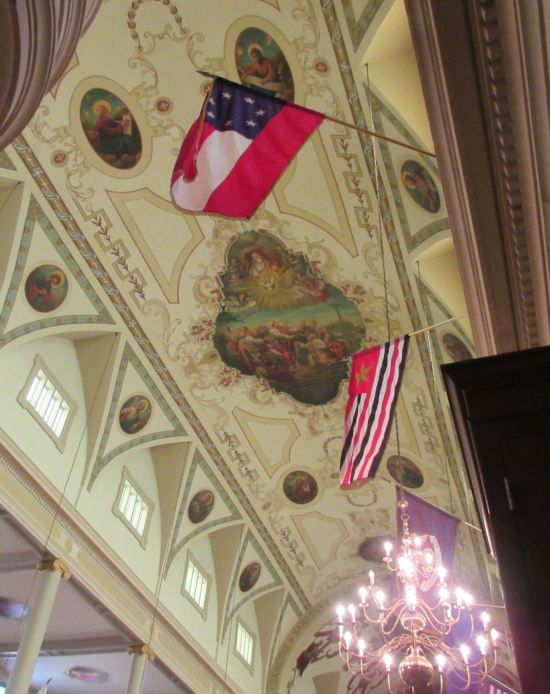 Alternate shot of the ceiling that made a cameo in Part 26. 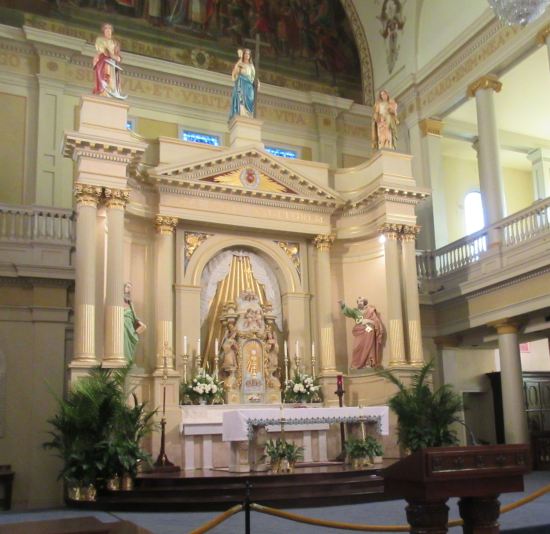 The chancel contains one of the most ornate displays, several feet beyond visitors’ reach. My aunt is a freelance artist who’s done restoration work on statues like these for congregations in her area.

Alternate altar and painting off to one side of the chancel.

Obligatory stained glass, much fancier than I’m accustomed to seeing. Our home church is non-denominational Christian and has very little window art, none of it in storytelling mode. 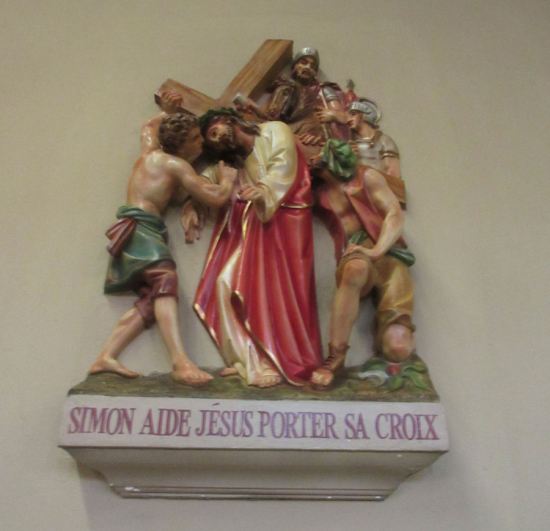 A tiny wall hanging of Simon and Jesus reminding us why we’re here.

The closest thing we saw to “celebrity” within those walls — a sort of “brush with greatness” marker.