Even those dastardly Bat-Villains love Free Comic Book Day because it’s the one day of the year they can have nice new things without resorting to theft or deathtraps.

Happy Free Comic Book Day! The fourteenth annual celebration of graphic storytelling narratives and/or floppy funnybooks was a rousing success, far as we could tell from our single stop at Indianapolis’ own Downtown Comics North. In years past I’ve made road trips to visit multiple stores for the occasion, but our schedule was too packed with other obligations and joys. Regardless, ’twas a morning well spent, money well spent for a few items, and an experience fully enjoyed.

The shop opened at 11 a.m. EDT. We arrived at 9:45 to claim our place in the long line outside, where reps from geek-related endeavors hung out with us and added some valuable community spirit, not to mention free posters, prize drawings, and snacks.

I have money and want list and am totally ready for some #FCBD holiday spending.

Guys from @IndyPopCon and @midwesttoyfest just brought in free coffee and Krispy Kremes for the #FCBD crowd. They officially rule.

Artists are here doing face- and body-painting for the kids! Come on down to #FCBD and ask for "the full Jared Leto Joker"! #FCBD2015

See? Wasn’t kidding. One caveat: the donuts were from the Meijer bakery, not from Krispy Kreme. They were great anyway. 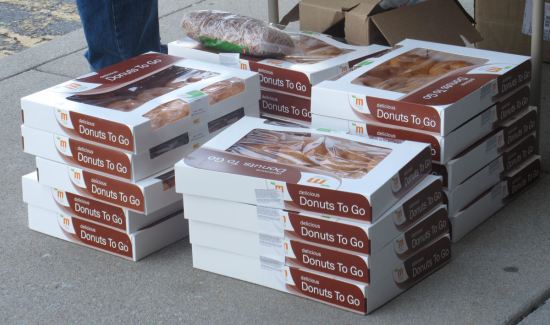 The doors opened two minutes early. Poison Ivy minded the front door for crowd management purposes, letting a few of us in at a time so we wouldn’t all stampede inside and crush each other. Reading is fundamental but difficult if you’ve been trampled. 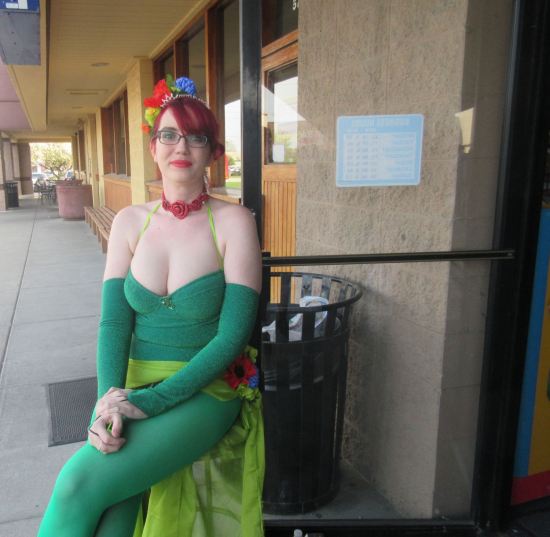 As fans waited their turn on this lovely May morning, cosplayers stood by and provided entertainment, security, and inspirational opportunities for the many kids who showed up and brought their parents as guests. Special thanks are owed to the heroes and villains who brightened everyone’s day:

Spider-Woman and Dr. Strange represent for Marvel’s Avengers while waiting their turn to join the Marvel Cinematic Universe. 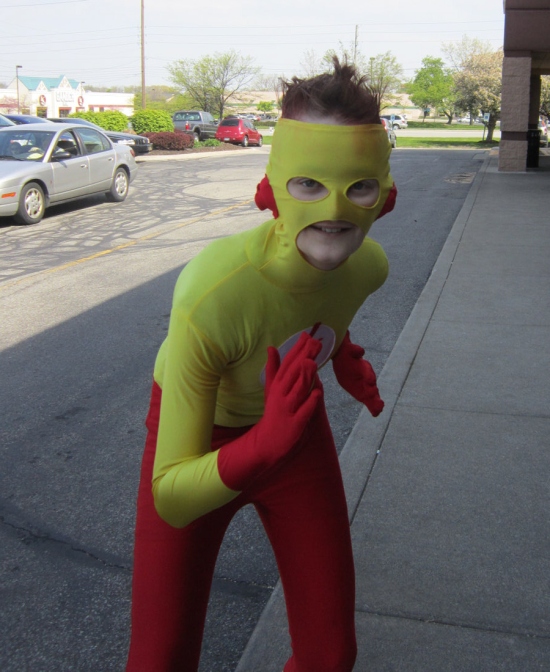 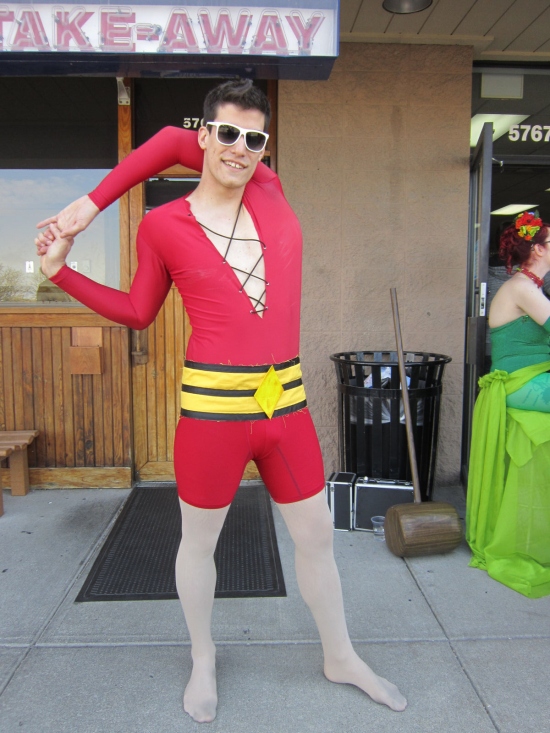 The little kid inside me squealed a little at the sight of Plastic Man. 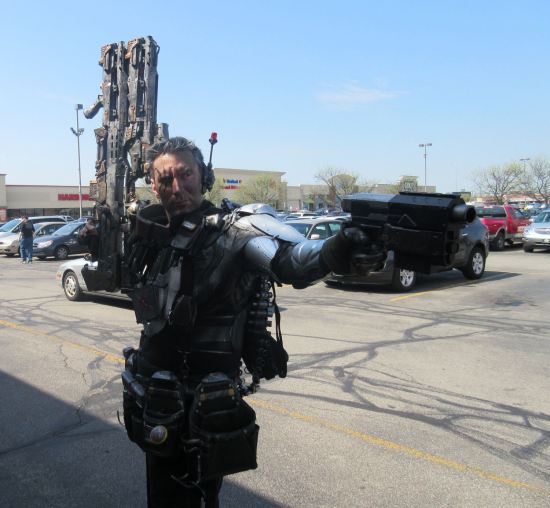 Cable is ready to headline an X-Men movie any day now, Fox.

Spider-Woman negotiated a cease-fire between Penguin ’66 and the Beast, thus closing the harsh divides between Marvel and DC, the Silver Age and the Modern Age, TV and movies, good and evil, and birds and mammals.

Just as I did last year, I kept my free acquisitions somewhat modest and grabbed copies of less than half the available titles. I was excited in advance about a few of these, but I also picked up a few untested items as random experiments because sometimes I like surprises. (I should have capsule reviews posted within the next day or two.)

Not pictured: the stuff I bought with money as a thank-you to my local comic shop owners, including collected volumes of The Sixth Gun and Kieron Gillen’s Uncanny X-Men run, plus an issue of Monster Motors I was missing.

And that’s the FCBD that was. See you next year! Time to dive into the reading pile.