Previously on Midlife Crisis Crossover: my wife and I went to C2E2 and took photos! Other chapters in the series:

Today’s feature: the publisher, the studio, the universe…it’s Marvel! 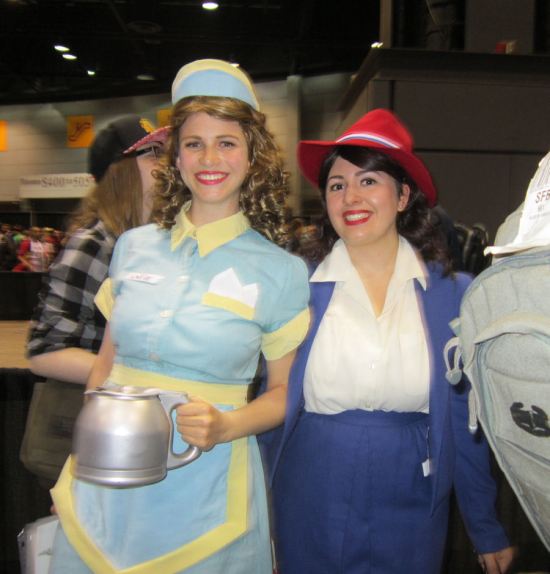 Peggy Carter, Agent of S.H.I.E.L.D., and her good friend Angie. Hayley Atwell was one of the con’s big-name guests, so it made sense that Agent Carter was one of this year’s most popular costume choices.

Kate Bishop, known to us comics fans as Hawkeye.

Drax, Gamora, Groot, Star-Lord, and Nebula from Guardians of the Galaxy. 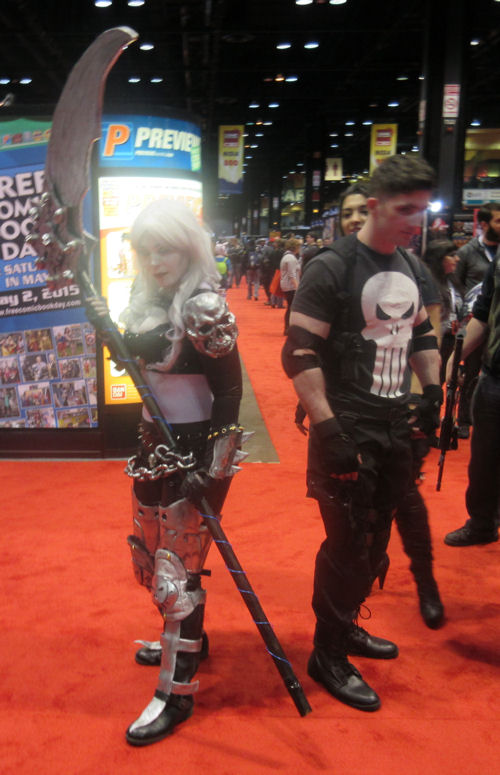 The Punisher hangs out near someone I thought was Lady Death, but might not be after all.

Classic Kingpin, years before he started delegating all leadership tasks to Wesley. 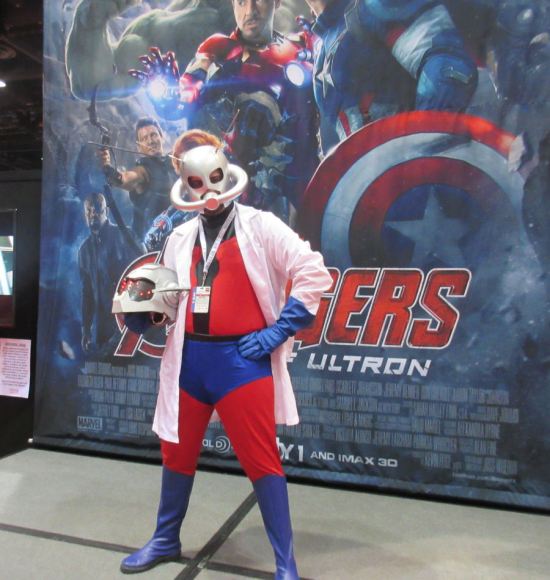 Soon to star in a major motion picture: Ant-Man! Sadly, that movie is not The Avengers. 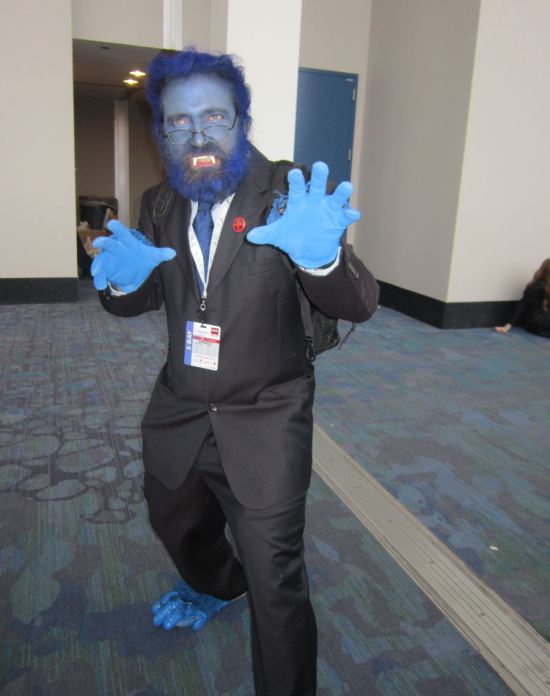 The Beast can be verbose and vicious at once.

Another Beast teams up with Nightcrawler and Mystique to form their very own Blue Mutant Group.

This staunch supporter of Senator Robert Kelly will never be a fan of Blue Mutant Group.

Loki is ready for her closeup. In the distance, an Elseworlds Hawkman watches like a hawk. 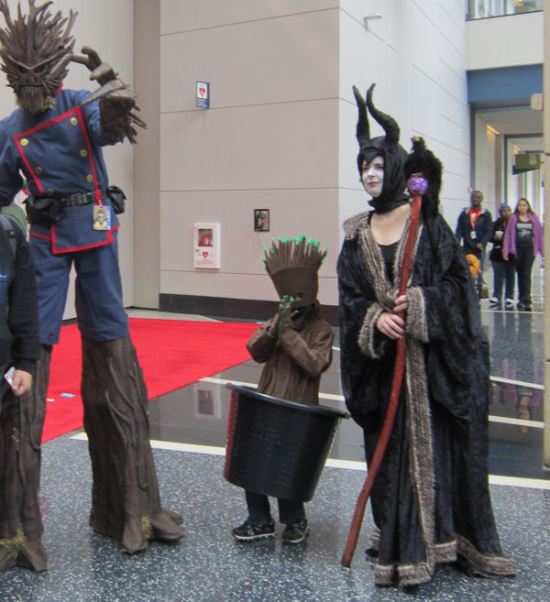 Groot and Dancing Baby Sapling Groot learn to get along with Disney’s Maleficent and swap stories about their shared corporate overlords. Maleficent dishes out the gossip, while Groots everywhere agree, “I am Groot.”

So many Agent Carters in the house, a sure sign C2E2 was no mere man’s world. 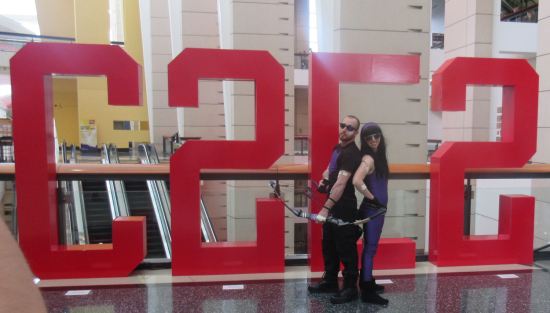