Not sure if leftover Halloween decoration or a fugitive’s remains left to rot as a warning to others fancying escape.

After a bit of housekeeping and a short visit with one convenient relative on the way, our first stop was loosely inspired by Anne’s childhood. Once upon a time she and her Girl Scout troop visited the town of Crawfordsville, some forty miles northwest of Indianapolis. They had a pair of unusual museums that stuck in her mind all these decades that remain in business to this day. One of them no longer resembles her memories, signifying either extensive remodeling or possibly gaslighting by one of her troop leaders who took the girls to some rich uncle’s house and then claimed it was a museum. We may never know the truth.

Leading off our itinerary was the Rotary Jail Museum, a former part of the American incarceration system opened in 1882. It was among a select few to feature a unique design in which all cells were wedge-shaped parts of a circular whole, which only had a single doorway accessible by rotating the entire jail, like a pie in the hands of a wishy-washy gourmet who can’t decide where to cut the first slice. 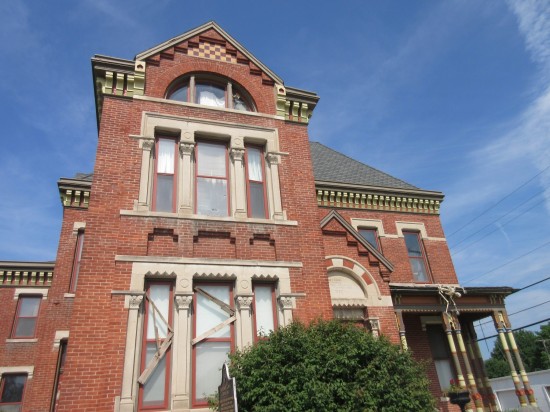 Square on the outside, rounded up on the inside. Note the unexplained skeleton at right. 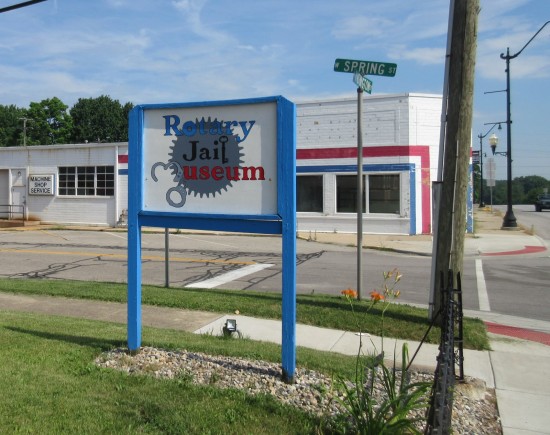 Supposedly the official title is the Montgomery County Jail and Sheriff’s Residence. I’d be shocked if anyone actually called it that.

Rotary jails seemed like a cool idea to some officials until cell-turning accidents caused too many injuries and amputations to their convicts. Nearly all others nationwide have since been dismantled, but Montgomery County’s still works, albeit as a display piece. The last inmates were transferred out in 1973; the place reopened as a museum and showpiece in 1975. Their official website contains additional historical documentation, including the notorious story of one resident named John Coffee, like the guy in The Green Mile only not spelled the same. 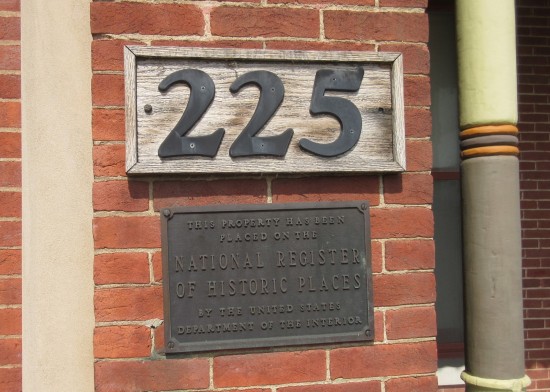 We’d love to provide a more in-depth firsthand account of our Rotary Jail adventure, but we tripped over a gap in our research. For each and every place we’d planned to visit on our vacation, Anne had gone to painstaking lengths to verify with each one as to whether or not they had reopened to the public yet in the Age of Coronavirus. The Rotary Jail passed that test, having unlocked their doors June 17th. However, we forgot to apply one other little test: verifying which places would be open the weekend of July 4th. The jail was closed for the 3rd and the 4th.

Remember the time an animatronic moose had to break it to the Griswolds that Wally World was closed? Mister Firecracker behind his dirty door glass was an unwelcome substitute.

…and that’s the story of how our 2020 road trip got off on the wrong foot. One silver lining: nearly a 0% chance of catching viruses from a lockup on lockdown.