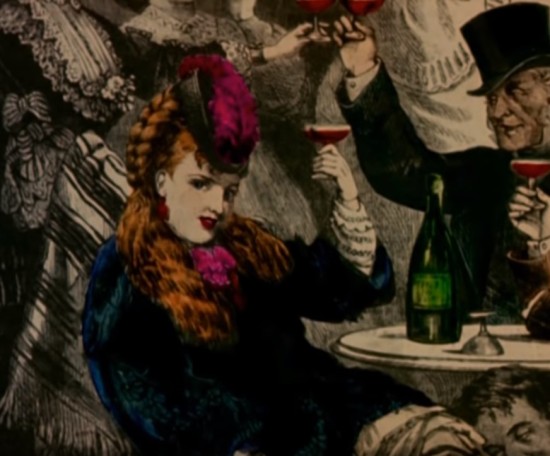 “You want to be where you can see troubles are all the same.” With or without alcohol, really.

Some introverts treasure those few places where we can feel like we belong. I mean in the physical world, not just online.

Comfortable spaces where we feel less weird and have reasons to hold up our end in a conversation instead of retreating from it. Areas where we can find common ground with folks who don’t think of us as strangers, who might even attempt eye contact despite how unnatural it can feel. Benign territories where the sight of a familiar face is a boost to our spirits, where mere recognition is validation, the baseline brownie points of existence. They admit they see me; they don’t slam the door in my face; ergo, I matter.

I’ve had a few of those places in my lifetime. That list doesn’t seem to be expanding much as I get older without becoming any more outgoing, which is a thing that happens for some folks as they age but hasn’t yet been the case with me.

I don’t mean the convenient relational options such as family or workplace…though most months, “busy” is the watchword for virtually all our relatives, too often a codeword meaning, “We can’t think of an excuse to clear our schedule and get together.” By contrast, workplaces are a solid source of positive human contact as long as the job itself isn’t plied in solitude or endured in the face of poorly managed oppression. Sometimes even the latter can serve as bonding pretext — shared burdens or traumas, if you will. Thankfully I’m not in that low a position with my day job. But it seems off-kilter to think of your job as the happiest place you know. Theoretically there has to be something else.

The search for signs of life beyond work and home is tougher if you’re not a social butterfly. I don’t drink, which means bars are an alien landscape to me. Longtime MCC readers may recall tales from the one (1) nightclub where I show up every 1-3 years whenever they books formerly popular alt-rockers older and wrinklier than me, whose defining career moments still sit on my multimedia shelves and await their turn for replays. The tables are too far from the stage and the awesome if fading musicians, the seats overtaken by people hoping to hang out with other concert-goers, be they friends or potential new acquaintances. They offer soft drinks for designated drivers and outliers like me, but I never order a drink because I have nowhere to put it while I stand for 2-3 hours and because I never have anyone to share one with.

My hobbies have led me to the occasional commiseration hot-spot. I’ve been a regular customer at quite a few comic shops in my time. Nine out of every ten clerks never bothered to learn my name even after I would show up every Wednesday for New Comics Day like clockwork for dozens of weeks in a row. My current and longtime comic shop defied those odds. I can’t exactly hang out there for hours at a time like a sitcom character, but they know me.

“They know me” is a delightful, empowering phrase when I can use it sincerely and not off-the-cuff.

Though my wife Anne and I attend several comic/entertainment conventions every year, we’re not quite to the point at any show where I can boast “they know me” in the same manner. Thousands of fellow fans, sometimes tens of thousands, flow in and out through the hallways and exhibit aisles and multiple entrances. The odds of becoming any show’s resident Norm Peterson are infinitesimal. We’ve been extraordinarily lucky to meet a few other fans more than once, who distinctly remember us either because Anne is an extremely memorable person or because our height disparity and/or fruit-shaped bodies make us stand out. Those too-rare reunions rock every time.

I could add a paragraph here about restaurants, but I’ve never had the kind of long-term experience that countless character actors have replicated on TV. Maybe after Anne and I retire, we can become one of those old couples that loiters in our favorite eatery a few times a week in the late morning, chatting and bickering while all the able-bodied youngsters are at school or work. We’ve got a while to go until then.

For many folks, church is a great solution to bridging that large, intimidating gulf we sometimes find between ourselves and others — ideally, a confluence of regularly scheduled hangouts and spiritually meaningful experiences. Really, the “people person” vibe that ought to be pervasive in your healthier churches is integral to the Great Commission. Directives from Jesus notwithstanding, I’ve never been spectacular at it, but I’ve done what I can when I could. For many years our church facilitated ways and means for members and visitors to meet on church grounds and in a variety of activities. We were invited and encouraged to connect, to form relationships, to forge solid bonds and get through this thing called Life.

Over time things change. People change. Societies change. Churches change. Philosophies of what constitute “service” change as churches — the ones that survive longest and with the most robust memberships — change to meet people and societies where they’re changing. While we hold the Word of God in itself does not change, the approaches to centering it in our lives and in the lives of interested others change.

We’ve experienced a multitude of changes in our church over the years, and on far too many levels to cover here. As I’ve found myself left adrift through many of them, whenever I returned to those grounds I could count on one constant, solid rock.

Her name was Phyllis. For purposes of this entry you may also call her Phyllis the Buried Lede. But “Phyllis” has fewer syllables. Maybe stick to that.

Phyllis was a schoolteacher and librarian who retired decades ago. But she didn’t stop moving. She later enjoyed part-time jobs at a public library and at a small-town museum, along with working in our own church’s library. I’m not sure if that was volunteer or paid work, but I imagine a love of the Lord and of libraries led her to proper rewards, here and later. In between all those labors of love, she was one of our front-door greeters every Sunday. Winter or summer, rain or shine. If the weather was unpleasant, she retreated to the foyer, but stood her ground and refused to budge any further. She welcomed. She was an excellent welcomer.

Phyllis was nearly twice my age, about half my height, and a hundred times more welcoming than I’ll ever be. At some point she learned my name before I learned hers. One time she wished me Happy Birthday at exactly the right time and to this day I have absolutely no idea how she knew. I think Phyllis knew more about me than I realize. I’m pretty sure she was thoroughly magical like that and not a skilled cyberstalker.

It was important to her that other people felt valued, whether newcomer or member. Plenty of folks volunteer for greeter duty because there’ll always be that need, but it’s a select few who understand and overcome the massive difference between “Greetings, fellow organism, I wish you much continued breathing” and “Well, HELLO THERE, person I recognize and know one or many things about!” Clearly Phyllis got that and made it her mission.

As our church leadership has changed and our congregation has changed and even our very building has changed, as dozens of friends and friendly members have changed churches, whether through natural attrition or the other kind, as new faces replace them but without the same context or traditions or means of establishing new connections with the old standbys, I come away from any given Sunday with the validation of recognition far less frequently than I used to. On more than a few Sundays in recent times, Phyllis was the only person who said hi to me and let on that she knew who I was. In a way it felt like God saying hi to me through her.

It was weird and impossible to ignore when absences became a thing for her over the past year. It was unconscionable but not necessarily shocking when I learned she passed away this past weekend.

Our loss is Heaven’s gain. I don’t know that I subscribe to the old cartoon image of St. Peter manning the pearly gates, but I found comfort in a mental image of Phyllis at his side waving and greeting all comers by name while he stands there dumbfounded and wondering how in the Lord’s name she’s doing that. And if Heaven has a library, of course that’s where she’ll spend all her breaks.

In the sense of her being all the closer to God, I’m happy for Phyllis. Meanwhile here on Earth, I continue with my Sunday ritual on schedule, but wonder who will take her standing spot, if not necessarily her place. And I selfishly wonder if they’ll develop that same knack for recognizing any of us attendees besides their own family and friends. I hope someone was paying attention to her in the same way that she paid attention to the rest of us.

And I pray someday our church once again becomes a place where I can say, “They know me.”