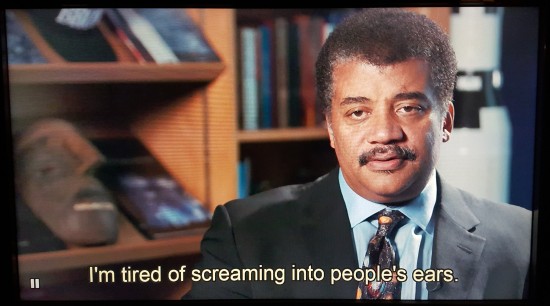 Me explaining to people why crowdfunding is no longer my thing.

Hi, My name is Randy. It’s been five years and two months since the last time I pledged money to a Kickstarter campaign. This week I achieved closure on that chapter in my hobbyist life at last.

When Kickstarter became a thing, I cheerfully committed to numerous projects because I loved the idea of becoming a true patron of the arts and helping artists and performers achieve once-futile dreams that the magic of crowdfunding had now made remotely possible. Several users met all their objectives and delivered A-plus customer service to us backers. A few missed their deadlines but tossed in some extras that acknowledged our patience and won our forgiveness. Far, far too many of those campaigns were run by creators who had no concept of budgeting or deadlines, taking months or literally years to meet their obligations, all without any viable recourse or accountability through Kickstarter themselves.

When I’d had all I could stand and couldn’t stands no more, I drew my line in the sand. At first, [my Kickstarter moratorium] was mere exercise of selective self-control, consciously deciding to prioritize other responsibilities vying for my attention, and favoring other areas in which I’d rather splurge my monthly fun money. In recent months, I’ve amended my stance and my game plan. The short version: I’m not backing anything else on their website until and unless I receive the rewards I’m owed from all other projects I’ve previously backed first. And I mean all of them.

I’ve not donated to a single Kickstarter since I made my commitment to no more commitments. With each preceding entry I’ve recorded the progress of the remaining delinquent campaigns and kept lists of other Kickstarter campaigns I declined in the meantime while awaiting receipt of rewards from every last project.

Reading guide to the preceding chapters in this very special five-year mission, which I never expected would literally take five years:

Longtime MCC readers may recall the one Kickstarter campaign name-checked in every single chapter, the last artist standing after all others had finally delivered on their promises despite their personal obstacles, unexpected setbacks, rising Postal Service rates, and distractions from their other, better-paying gigs. I wrote about Paul Hildebrandt’s space-race documentary Fight for Space when he first announced the project in July 2012, three months after I launched MCC. I liked the idea of an inquiry into the possible reasons behind why America in general and NASA in particular steadily moved manned space exploration farther and and farther down their lists of active interests. I figured why not. I chipped in. So did my son, using what meager funds he had at the time.

The slow, slow progress over the course of years was charted in those chapters listed above, including the second Kickstarter campaign that had to be launched in January 2015 after the funds from the original donations were depleted. In our last MCC update in November 2016, I wrote, “Director Paul Hildebrandt announced at the end of October that the sound mix had been completed. A special screening was held on November 11th in New York City for any backers in the area or affluent enough to travel. After that screening and any feedback resulting from it, he and his crew would be making adjustments, “finalizing” the film for real, and possibly looking into the festival circuit. After all that, then we get to talk tangible rewards. When Anomalisa got to that level of completion, we had rewards in hand within a year. To me this is a good sign, exhausted patience notwithstanding. Fingers crossed.”

Sure enough, one year later in the fall of 2017, my Blu-ray copy of Fight for Space finally landed in my mailbox. I sighed the sort of heavyweight sigh as befits the end of an overlong era. 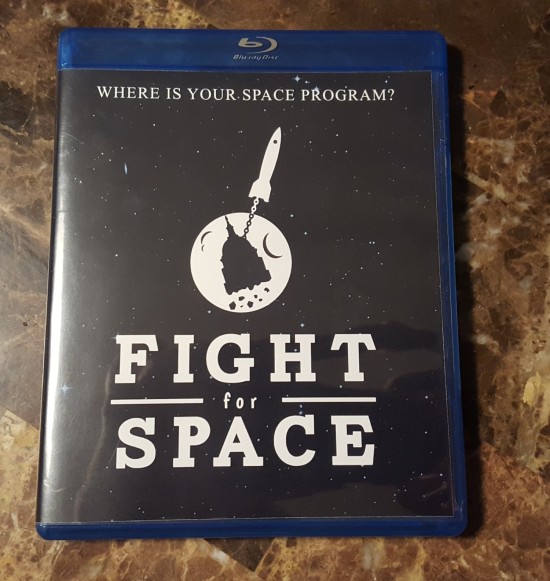 The object of this object lesson.

My years as a Kickstarter backer added up to 18 successful projects over 15 months for pledges totaling $441.00. Five more projects failed for a total of $135.00 in unearned pledges that I got to keep, but would’ve parted with amicably if they’d worked out. In past chapters I also kept track of all the other Kickstarter campaigns that I’d heard about and might have donated to if not for the delinquents who preceded them and soured my experience as a would-be art patron. I stopped tracking those after Chapter VII because it felt like too much effort to pour into my lingering bitterness.

I do know one distinguished, wonderful gentleman in particular who recommended several Kickstarter projects that looked interesting throughout this time frame. But I couldn’t help him or his friends. I just couldn’t. I don’t want to be upset at comics artists and other good people over deals like this. That sucked.

In years past I often wondered if I’d ever get back into the crowdfunding game if all my overdue rewards finally arrived. Now that they have…it took a reasonable amount of deliberation before I ultimately landed on “nah”. Paying out advances for entertainment to be created and delivered at a future date TBD is a sound practice if you’re a publisher whose toolkit includes signed contracts, safeguards, and disincentives to wield in the event that the talent doesn’t deliver. The Kickstarter method isn’t that. There’s no tangible accountability structured into the process for deadlines or promises — no real consequences except what the creators offer up themselves.

The game of betting on the promise of art and goodies doesn’t interest me anymore. May the Lord bless those who continue finding merit in it, especially if they’re now enjoying an entirely different wave of Kickstarter users with stronger work ethics and/or fewer calamities befalling them. Not my thing anymore.

As for Fight for Space: I finally got around to watching it this week. I didn’t see a need for urgency.

All told, the end product after five years of extensive interviews, archival forays, government access requests, stonewalling from other parties behind the scenes, and the little matter of the money needed to accomplish all of this, adds up to 80 minutes of actual documentary and 12 minutes of end credits, expanded to Lord of the Rings Extended Edition length by naming all several thousand Kickstarter backers across two campaigns, including at least one aeronautics company whose leader was among Hildebrandt’s interviewees.

Including yours truly at far right.

The movie itself has a lot to recommend about it. Vintage clips from past evening news reports, newsreels, and cartoons alternate with beautiful HD footage of rocket launches, Space Shuttle flights, and of course space itself. Participants include Neil DeGrasse Tyson, Bill Nye the Science Guy, astronaut Jim Lovell (played by Tom Hanks in Apollo 13), astronaut Story Musgrave (a thirty-year NASA veteran whose career encompassed six spaceflights in all, including trips on all five Space Shuttles), a few politicians formerly associated with our space program, and heads of various modern-day aeronautic or space-fan companies. Their stories and disappointments add up to a narrative of a nation that got into the space race only because our Cold War enemies in Russia started it and we didn’t want them to call exclusive dibs on all the strategic airspace and starfields over our heads. The national fervor for reaching to the heavens and beyond intensified over the years with every little victory or defeat, culminating in that epic walk on the Moon. It was all downhill after that.

The lineup of scientists shares the same feelings about the twilight of our space travel years: once we reached the Moon, we won. We beat the Commies. The End. We didn’t have any firm stretch goals beyond that. Government officials in all the wrong places saw future expeditions as a waste of money. Some Presidents signed off on its continuance; other Presidents united in a bipartisan display of indifference. At least the Space Shuttle program rightly banked on the viability of reusable spacecraft and diverged from the previous NASA programs that thought it was a stellar idea to rely on billion-dollar disposable parts. But the way these professionals tell it, the very Shuttles that we thought were meant to expand our solar system access were in reality used as little more than space delivery trucks. It’s not easy listening to those in the know talking in increasingly downbeat tones about a once-proud source of inspiration and hope for millions of Americans, but it is informative and captivating at turns, capped off with fleeting glimpses of Elon Musk and other modern entrepreneurs trying to jump-start new efforts, paired with closing thoughts from Dr. Tyson during which he throws up his hands in pessimism about the whole subject.

The package itself isn’t as nifty as I thought it would be. Picture and sound quality are professional, but the Blu-ray contains no extras unless you count the subtitles, which are not great. I wasn’t bothered that they activated automatically when I hit Play because I normally turn them on anyway, but I saw complaints from other users less enthused with them. No, my bigger problem was how often the captioner either didn’t understand what the speakers were saying and guessed at it poorly, or typo’d without benefit of proofreading. The errors weren’t constant, but they were frequent were enough that I could’ve driven myself mad counting them. Unlike the film itself, the subtitles reek of a rush job.

Regardless, the package ended with my favorite kind of coda. As we here at MCC love to verify, yes, there is indeed a scene after the Fight for Space end credits! Patient oddballs like me who refuse to budge until the disc returns to the main menu are eventually treated to one last interview snippet with astronaut Story Musgrave. He’s among the film’s pundits most vocal about our government’s waffling dedication, missteps, and overall lack of consistent leadership or clear vision for the American space program.

Wikipedia says Musgrave “retired” in 1997 after three decades. Musgrave himself clarifies that status after the end credits:

It’s not often I get the opportunity to bear witness to a primary source disputing Wikipedia with their personal testimony in the flesh. For a final reward, it’ll do.